Making Of: The Lexus on Broadway Avenue, New York City

On my last trip to New York City, I had planned for a few HDR sessions during my stay, mixed in with some editorial shooting in NYC.

Before taking the shot (see location), I waited for a bus to come into the frame for the longest exposure. Fortunately, the Lexus was parked and wasn’t moving in any of the frames, making the contrast between the car/bus trails and the motionless car more striking. 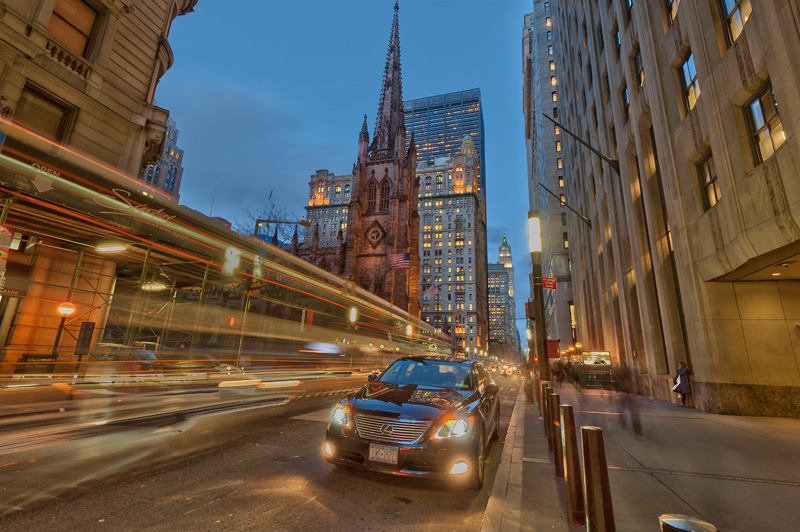 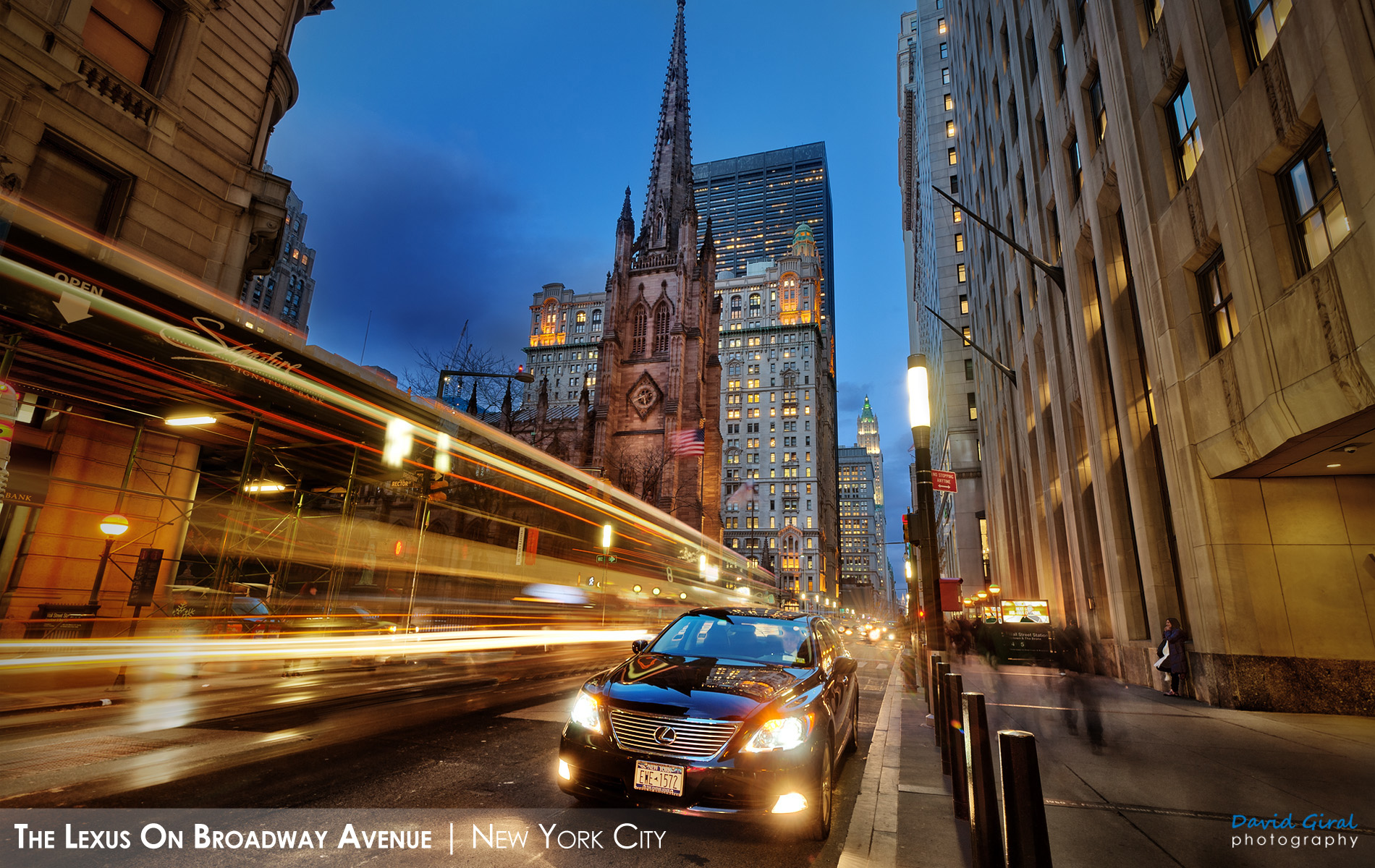 For this making of, the following steps were undertaken.