Exploring Montreal: In the heart of the city, A new Jewel of Contemporary Architecture; the 2-22 building

Once known as the red light district in Montreal, the corner of Ste-Catherine and St-Laurent is now the home of the “quartier des spectacles” (or entertainment district). Within this square kilometer of the city, one can find over 80 cultural venues, including 30 performance halls with almost 28,000 seats.

For this week’s blog topic of “Exploring Montreal”, we will focus on the latest addition to the district, a new jewel of contemporary architecture designed by one of the best architecture firms of the city: Ædifica. Built in 2011, this office building features innovative double walls and an angular facade. Windows are randomly placed across the facade  will puzzle you and increase the architectural aspect of this magnificent building.

Let’s start with a general picture of the facade taken at dusk.

Now appreciate the geometry of the building with this side view 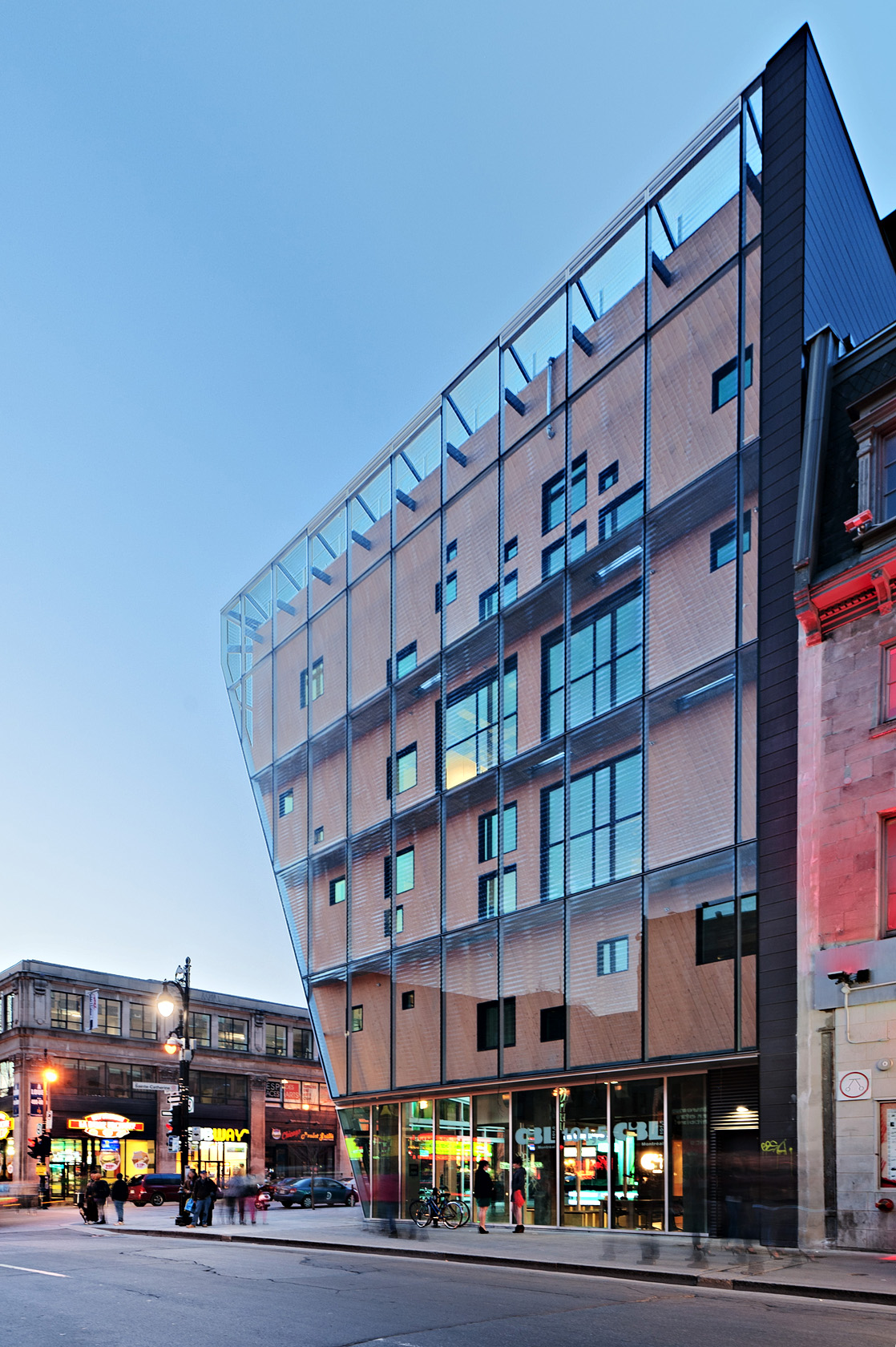 Adjacent to the building, you will find a true Montreal institution of the entertainment district: Club Soda. This theater has seen the likes of Oasis, Fine Young Cannibals, Counting Crows, Melissa Etheridge, Jay Leno, Soundgarden performing in its vincinity. 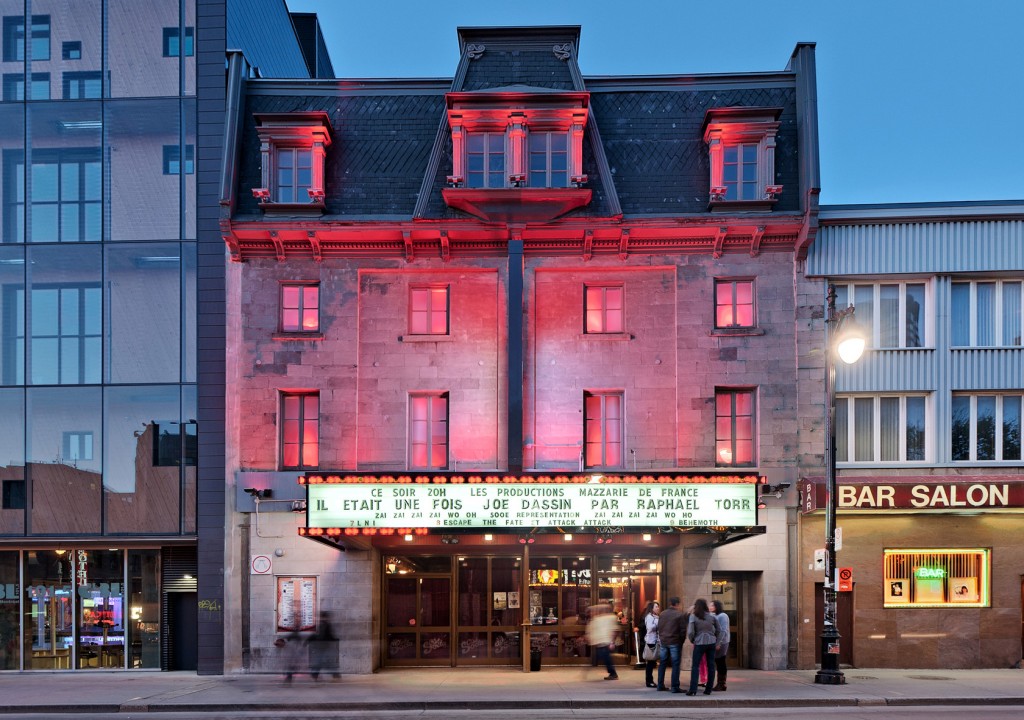 Here is a close-up of the angular facace:

and another one of the back of the building along Rue Sainte Catherine. 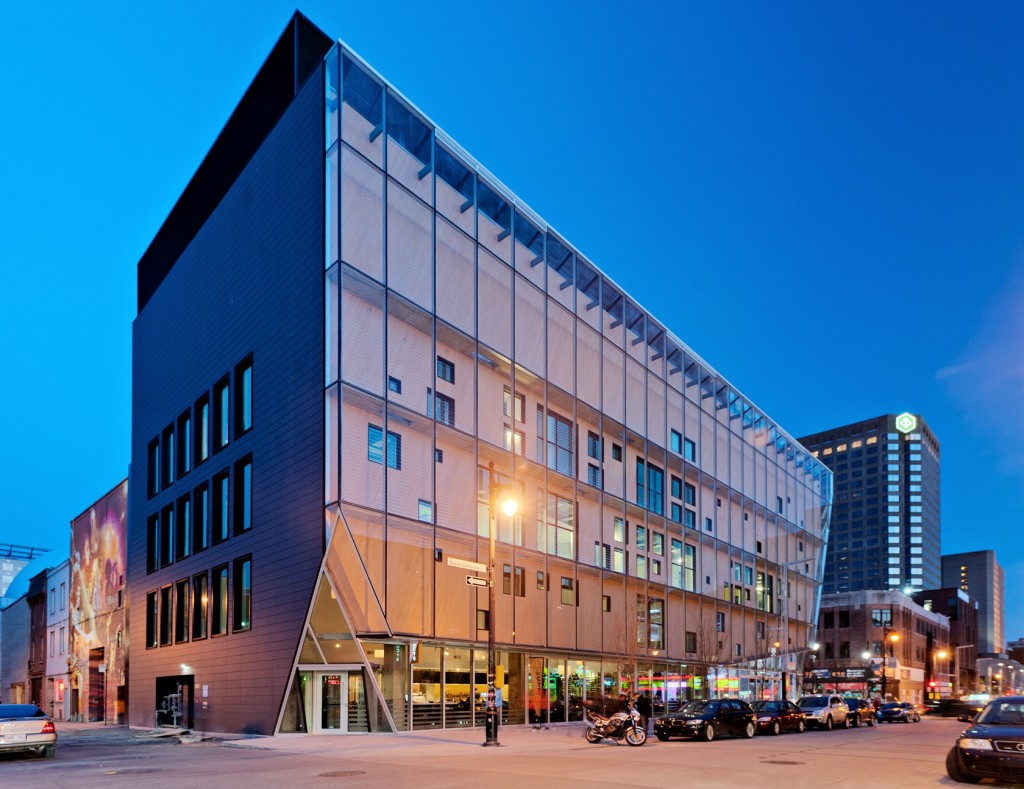 Famous for its graffiti, this lone building is one of Montreal well-known landmarks and is located a few meters from the 2-22 and is home of an ice cream store. 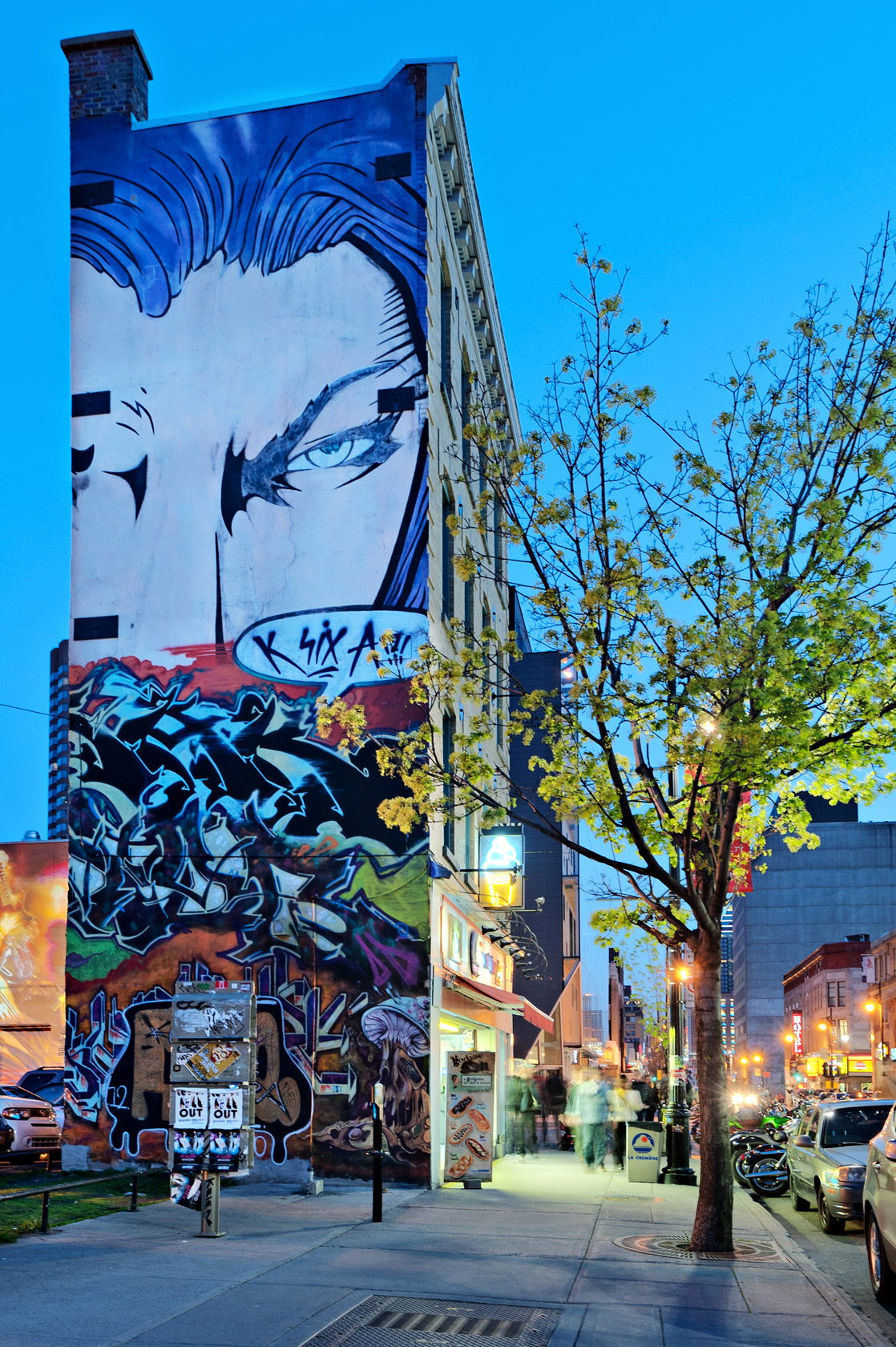 And to wrap up this editorial, here is a last picture of the facade at the blue hour. 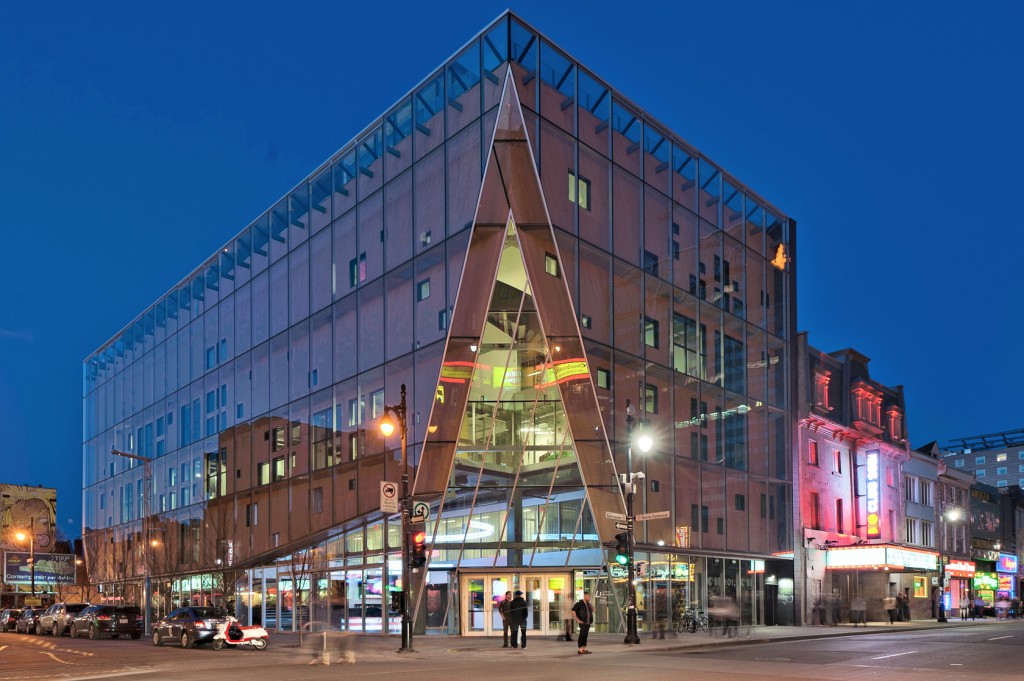 along with another close-up of the angular facade. 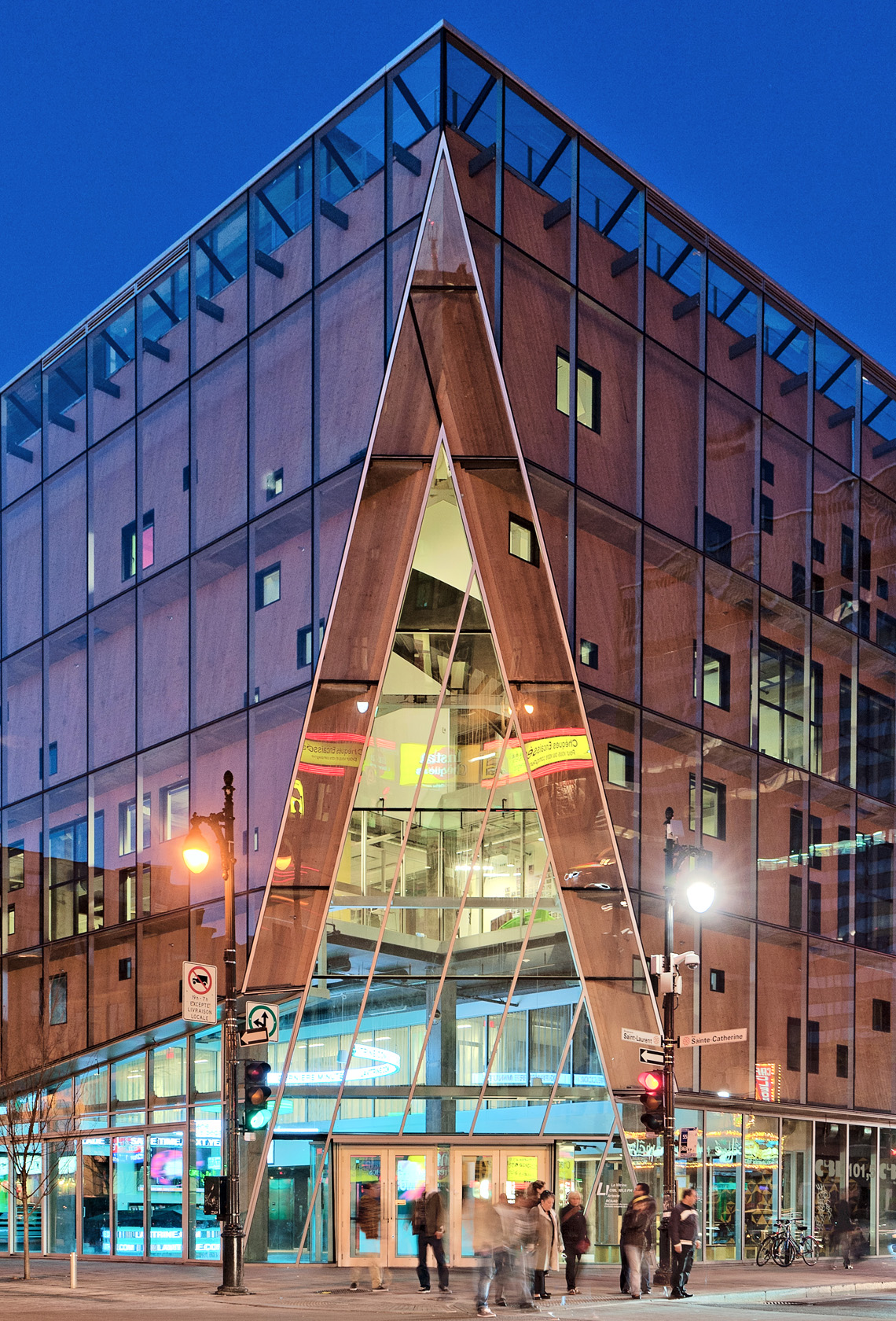