After a really really busy summer and fall, I am happy to finally get the chance to share with you some photos of the most interesting projects I’ve shot in the last few months!

One of my highlights of 2017 is definitely the Source sculpture by critically acclaimed Catalan artist Jaume Plensa and donated for Montreal 375th anniversary by the Desmarais family. I was commissioned for this project by Public Art Department of the city of Montreal. It’s worth mentioning that this artwork is placed in a key location in Montreal: Project Bonaventure. This new urban boulevard, completed just a few weeks before the shoot, replaces an elevated expressway in the heart of the city. I have to admit that a sculpture as majestic as this one really makes a huge difference in beautifying the city.

The challenge for a project as important as this one is to make sure that the artwork is captured at the best moments. For that matter, I had planned on doing both day photos and dusk photos. The day part of the shoot was pretty straightforward, mixing photos taken with a 24mm Tilt Shift and a 24-70mm standard zoom. The tilt-shift lens is really a must-have here in order to avoid any kind of distortion and perspective issues. 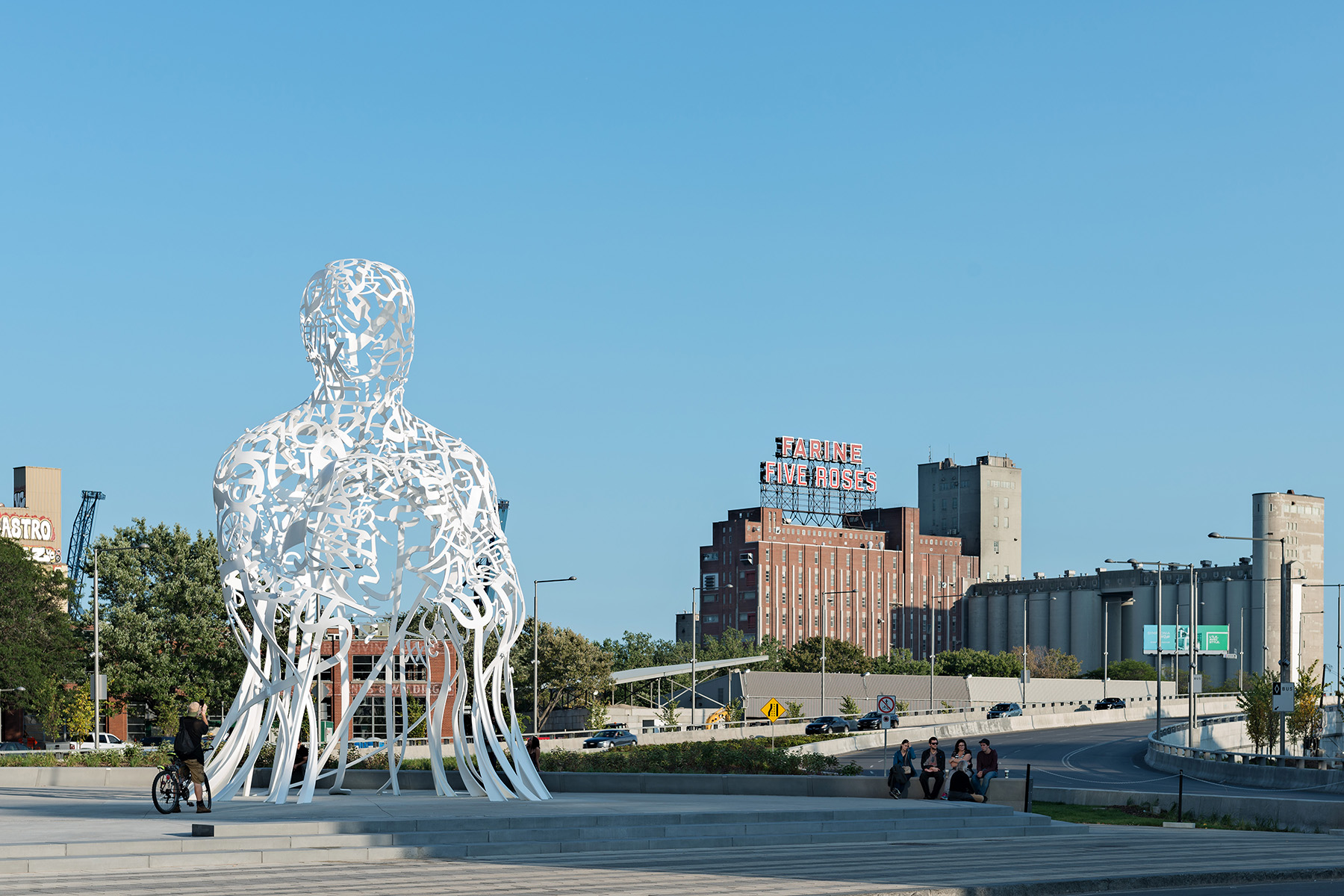 Waiting for dusk, I got a few photos at sunset as I really liked how the setting sun was lighting the sculpture and some of the background.

Because the artwork is lit at night, I stayed for dusk and although I usually try to take photos when the weather is clear, I had to get some photos by a cloudy evening because my client needed them for the press release that would be sent out before the inauguration. Surprisingly, It yielded some really interesting shots and made the view towards downtown Montreal more interesting by adding some texture to the sky. 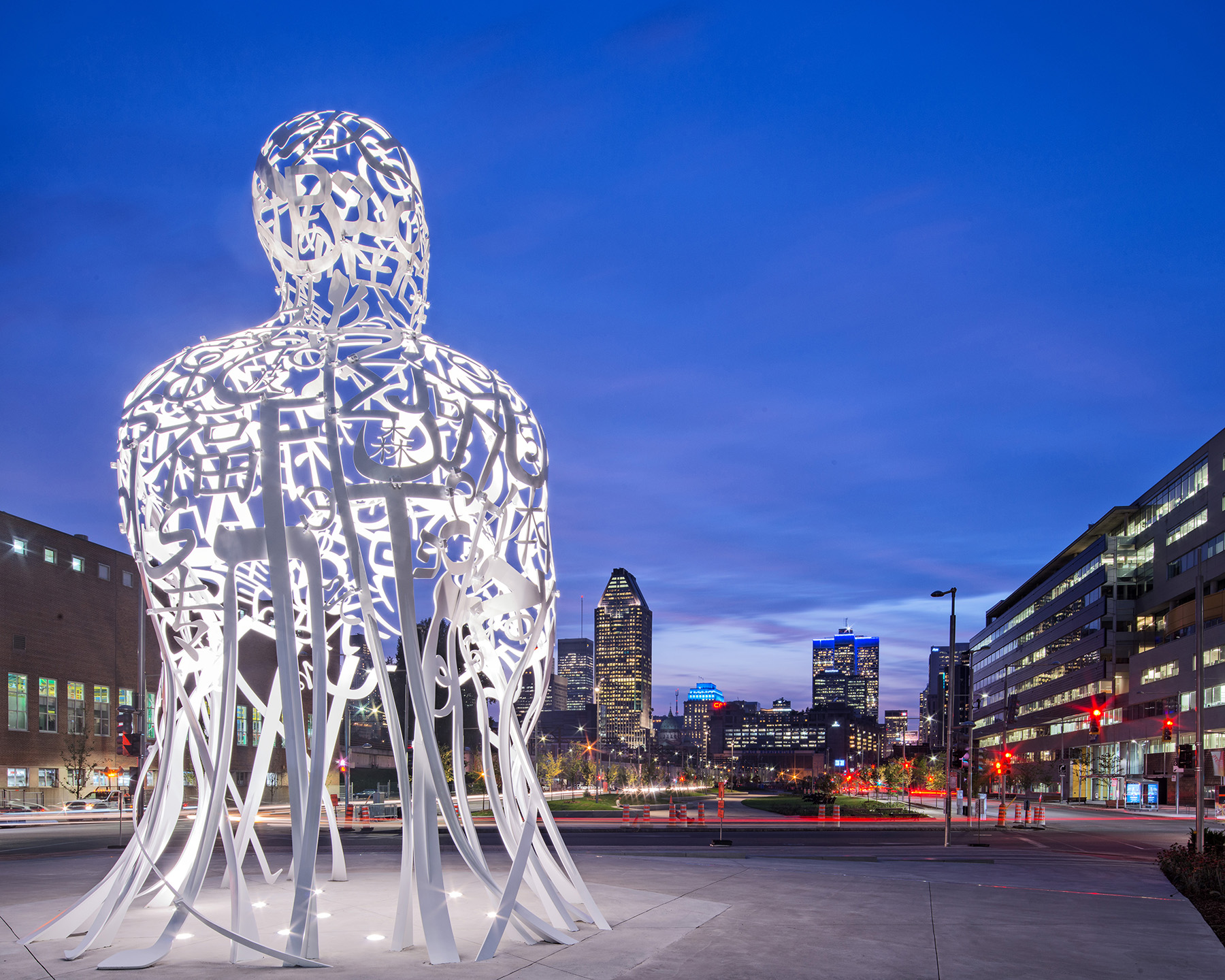 However, because I thought a clear sky would make for even better photos at dusk, I was glad I came back a second time as these new pictures looked even better than the one I took previously. I especially really love how the blue sky complements the artwork and gives some of the most elegant photos I’ve taken so far this year. 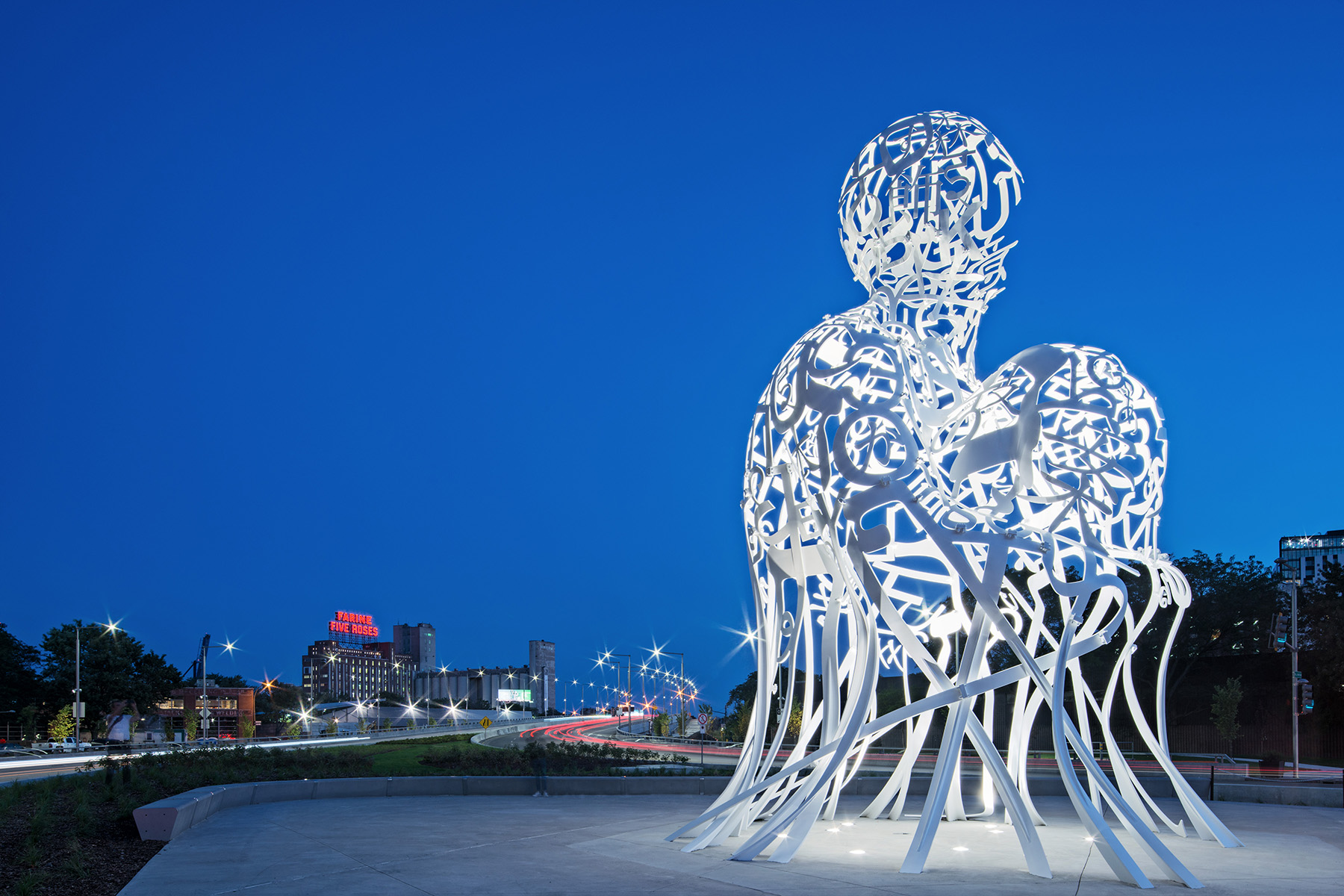