For this first post of 2018, I really wanted to share with you the pictures of a project I did last fall. Following the renovations of their flagship store in Montreal, Arc’Teryx contacted me to photograph the renovated store. Unlike the photoshoot done with Ted Baker, this one took place at dusk. The challenge here was to balance the time spent outdoors capturing the exterior of the store and the interiors in order to get the best luminosity for both parts of the shoot. Also, as most retail interior shoots, it took place the day before the official (re-)opening.

Even though I planned to spend another evening shooting the exteriors if the weather was overcast or rainy, I was lucky enough that the weather was clear and got really interesting shots at dusk. 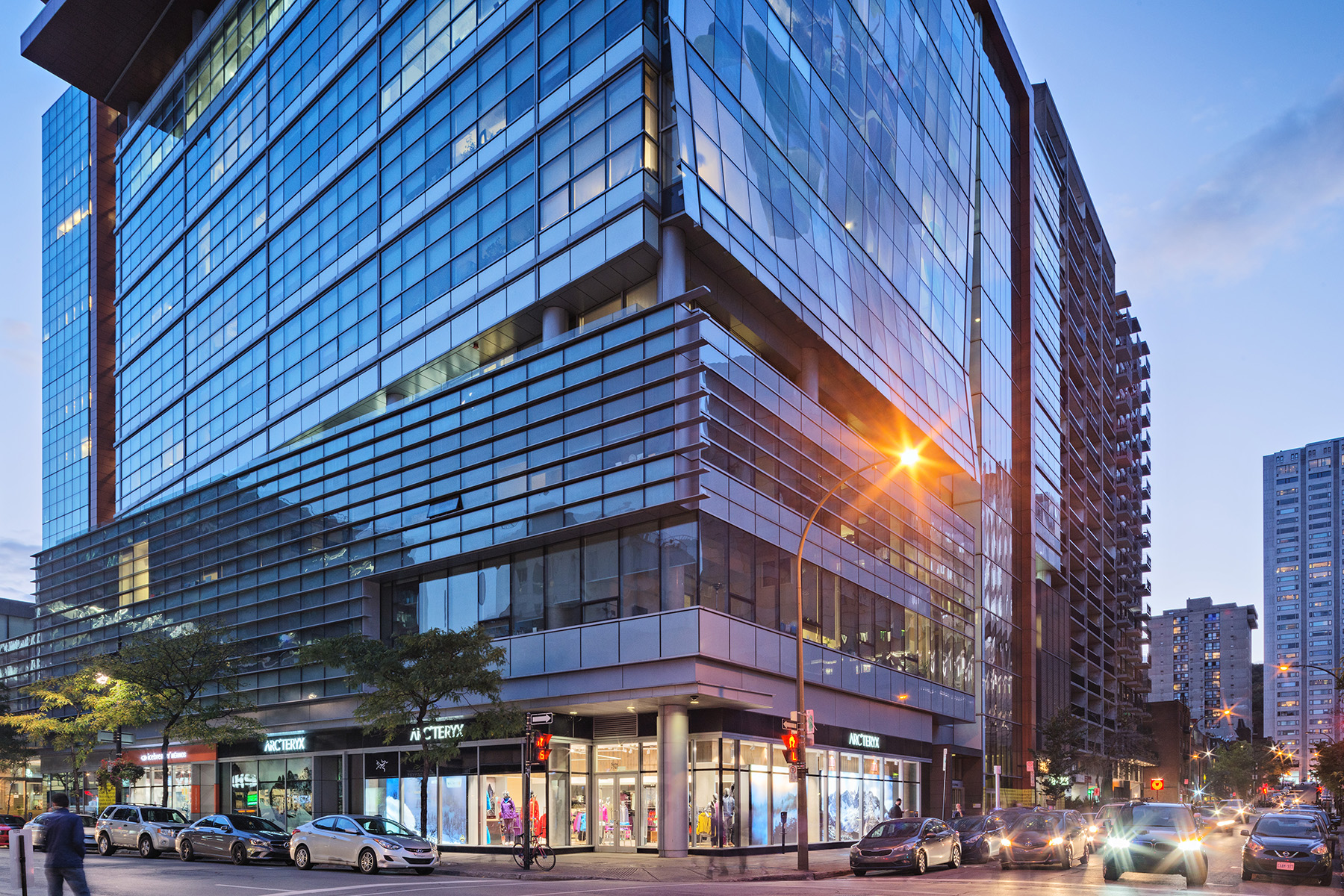 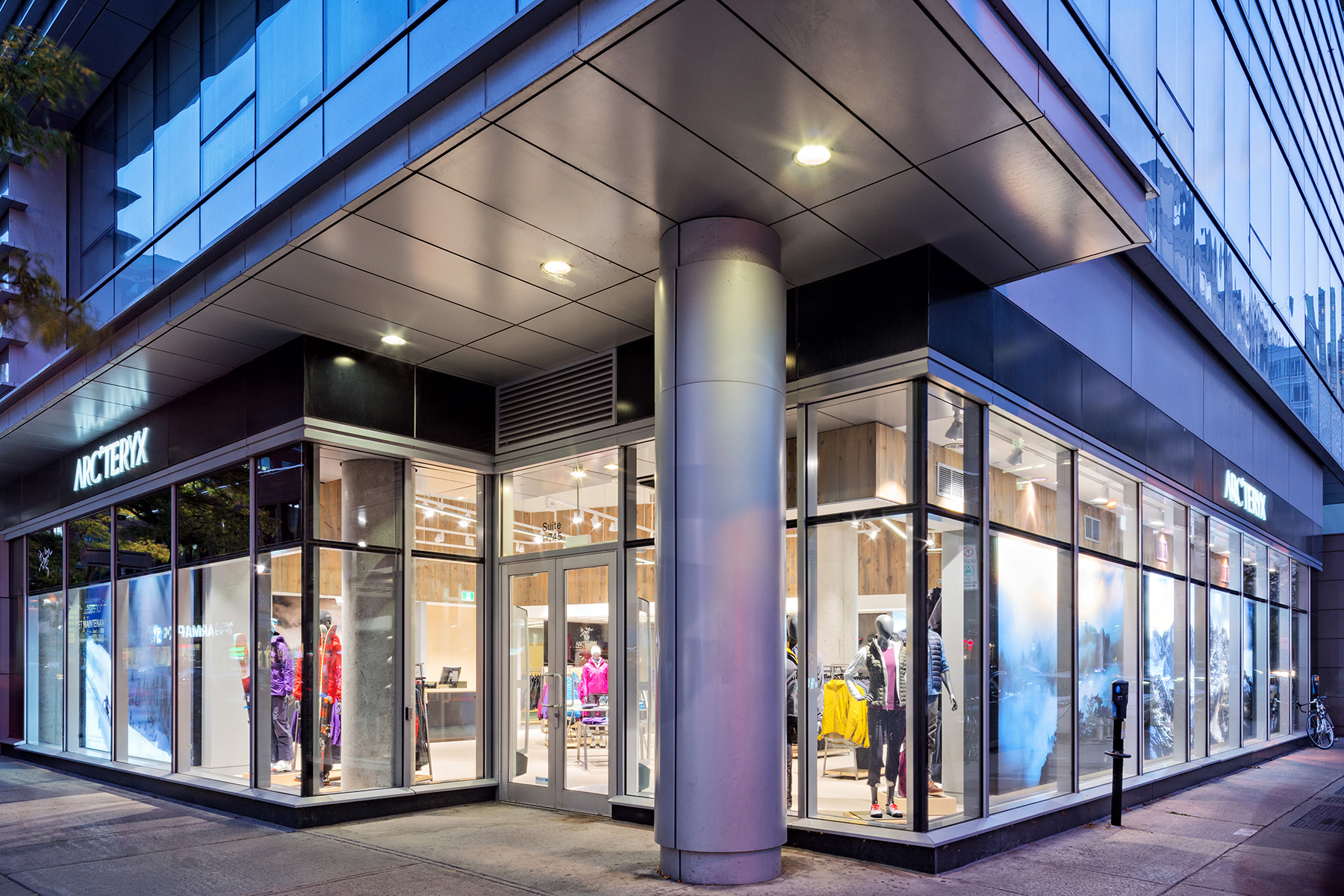 Having scouted the interior of the store a few days before, I already had a few angles to shoot in mind. Before the shoot started, we spent some time re-adjusting the lights in order to get the best lighting on the products. Once this was done, getting the right shots was pretty straightforward. 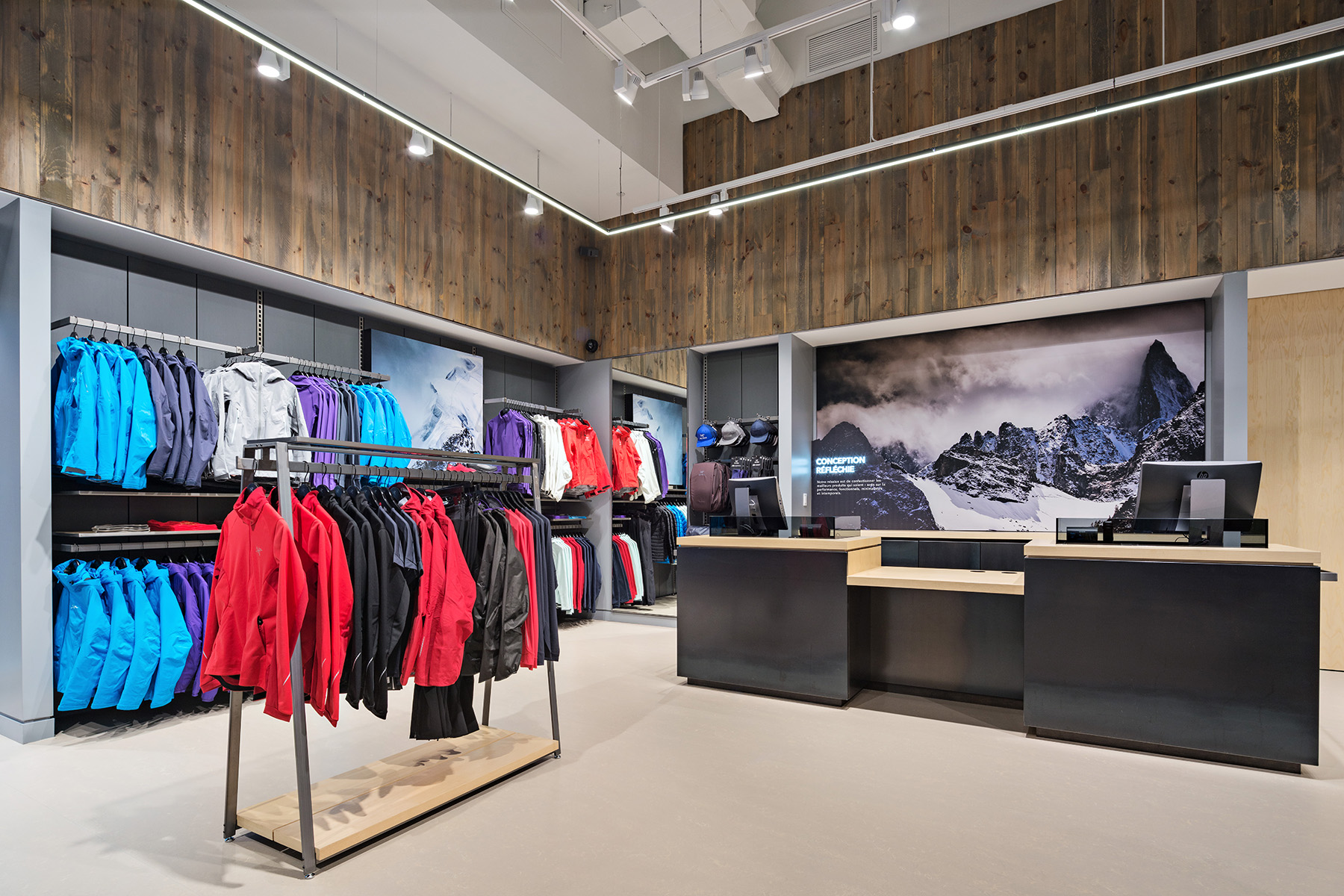 For the second part of this project, I had to photograph the lounge which feature a climbing wall. 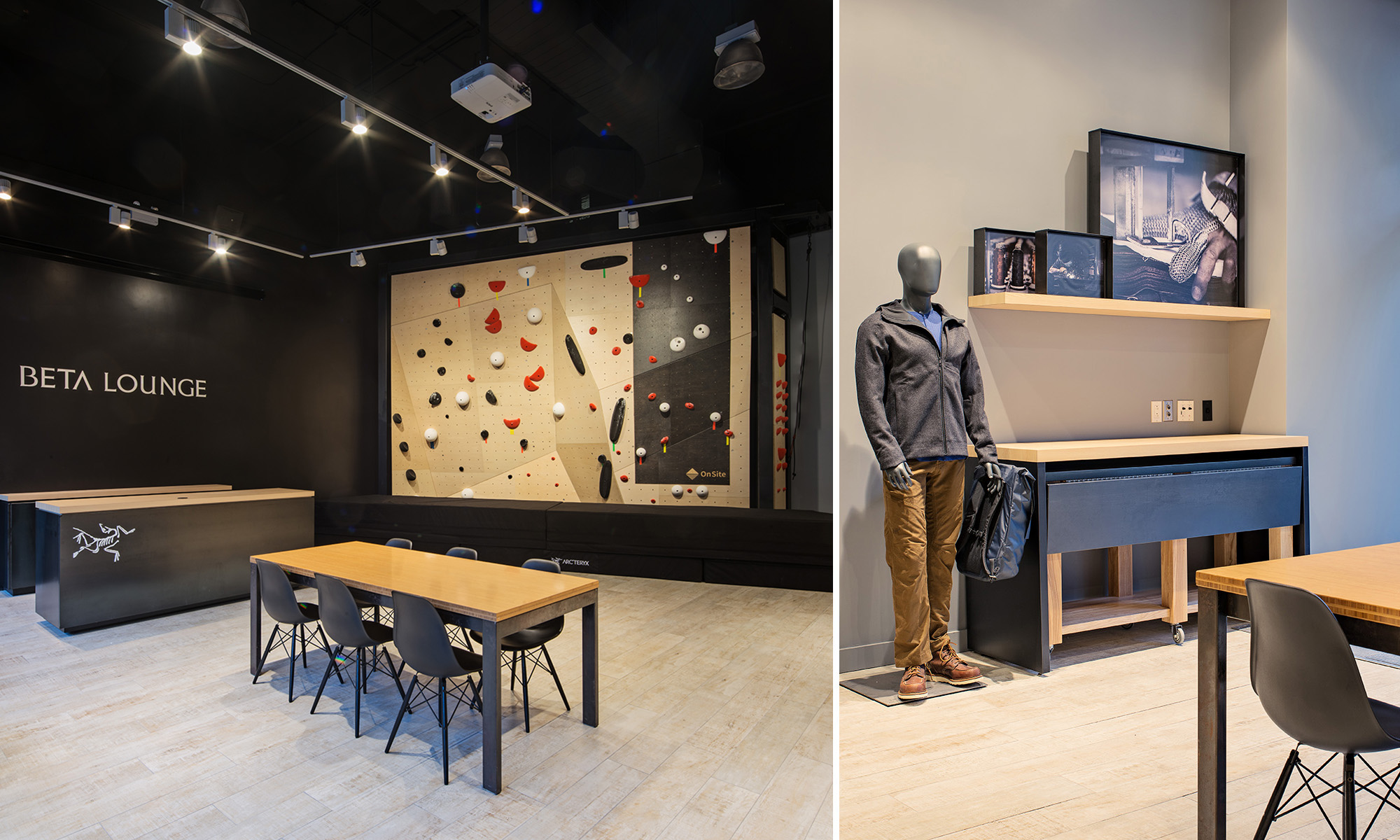