Following my first post about Montreal under confinement, I wanted to explore other districts of the city.

Although I shot a series of images on April 4th in downtown Montreal, I felt like sharing this series here first, which was shot in Old Montreal on Saturday April 6th, 2020. I wanted to capture how the pandemic had affected this touristic district. Although the weather is still relatively fresh, I was a bit surprised by how unusually calm the neighborhood was.

6:35pm – Heading to Rue Saint Paul, I took a moment to look back towards the National Bank building and Cantaur theater on St-Francois Xavier Street. 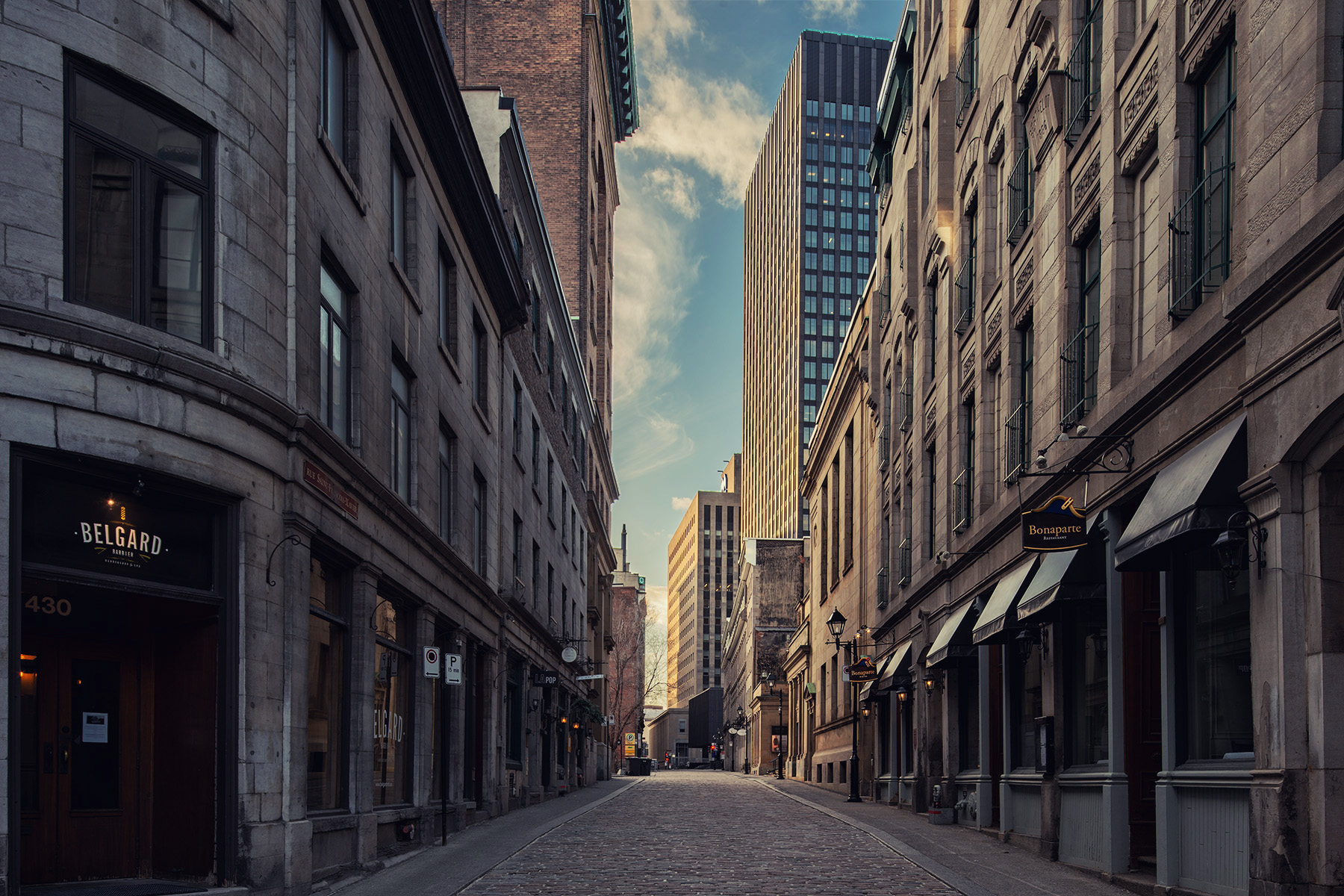 6:40pm – On rue Saint Paul, a couple wearing masks was walking in front of an empty parking lot.

6:50pm – The local depanneur was one of the only stores open. 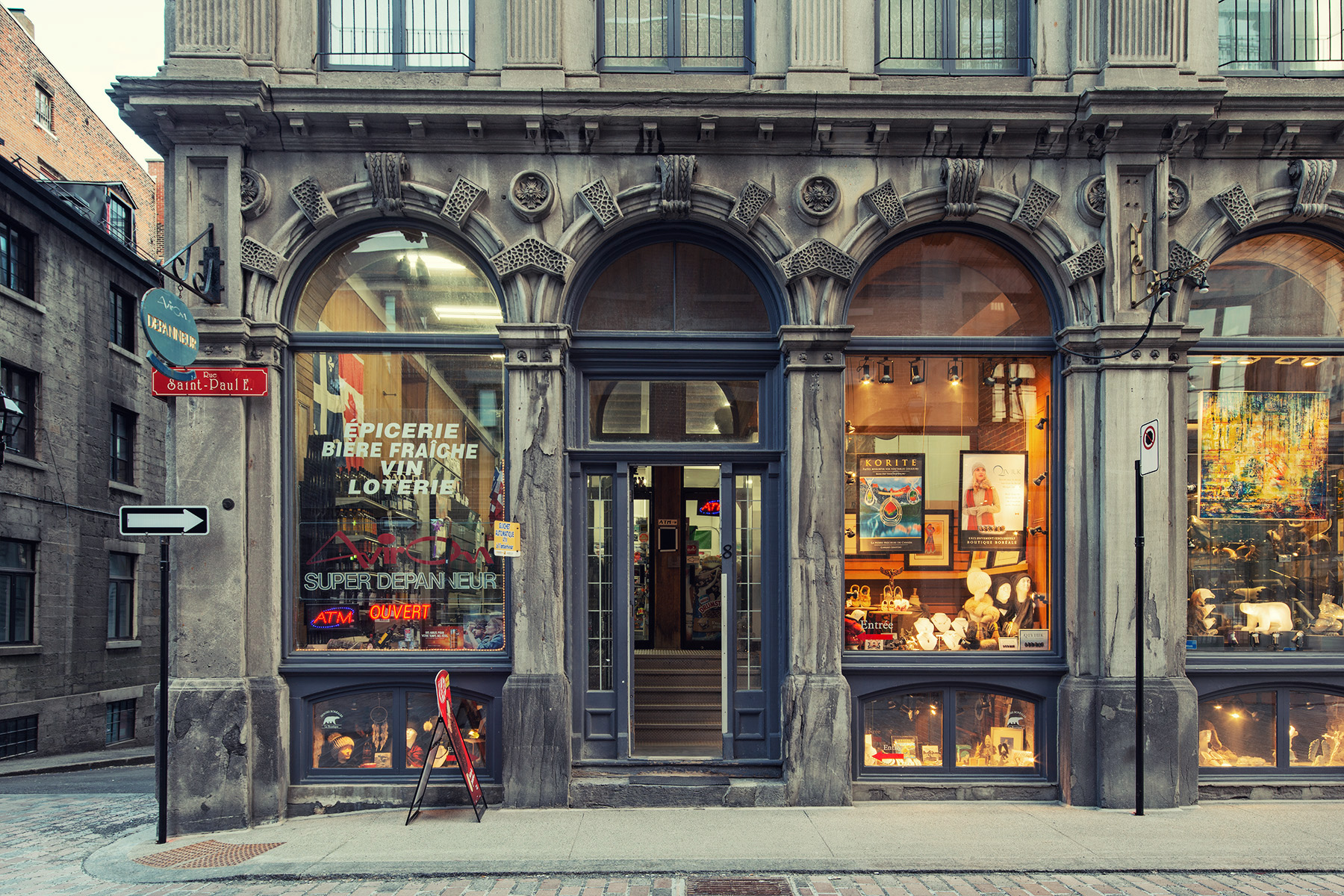 6:51pm – Unlike the depanneur, souvenir shops were closed, not that many tourists were wandering the streets of this touristic neighborhood. 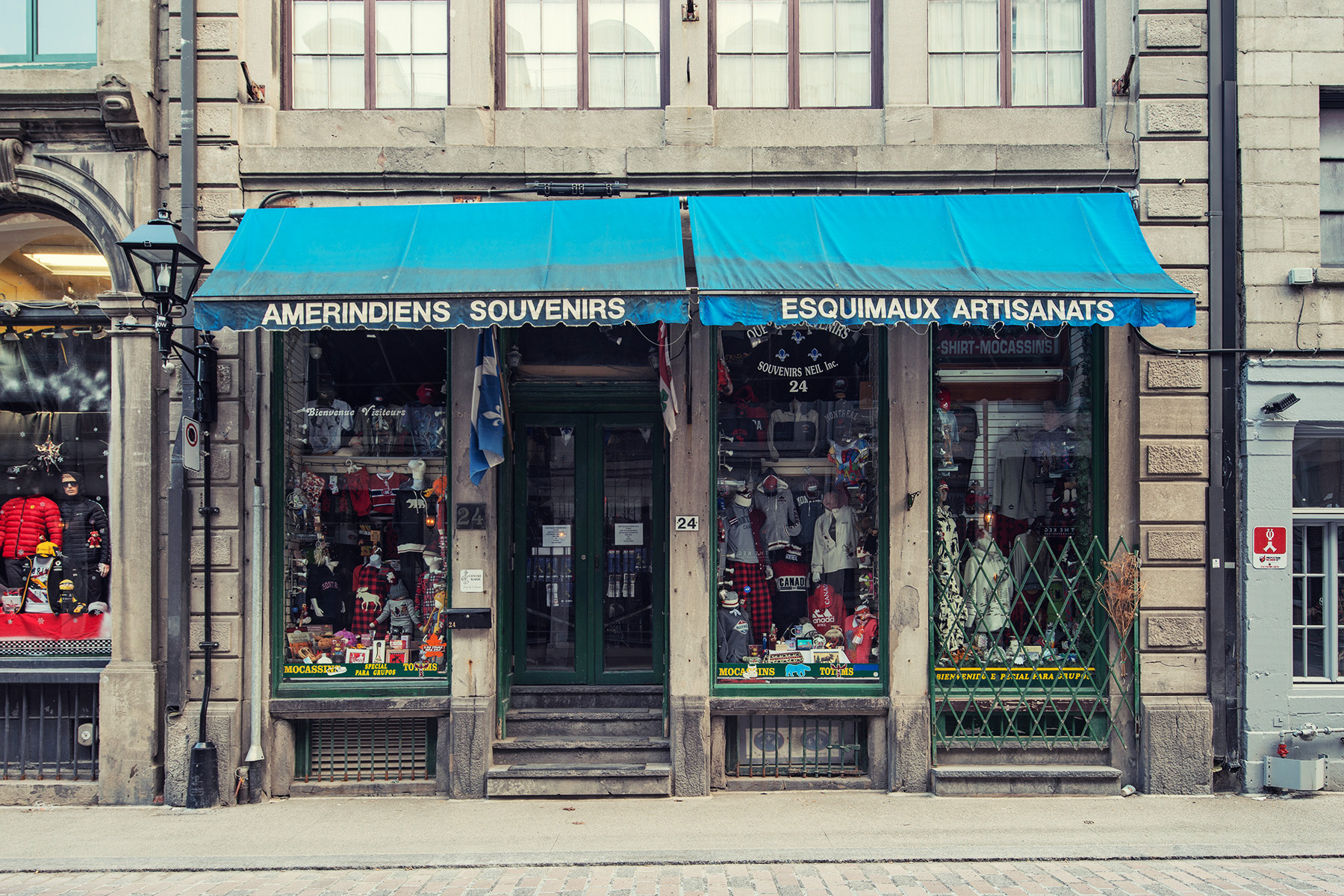 6:53pm – Except for a repair truck and a few pedestrians, rue Saint Paul was quiet. 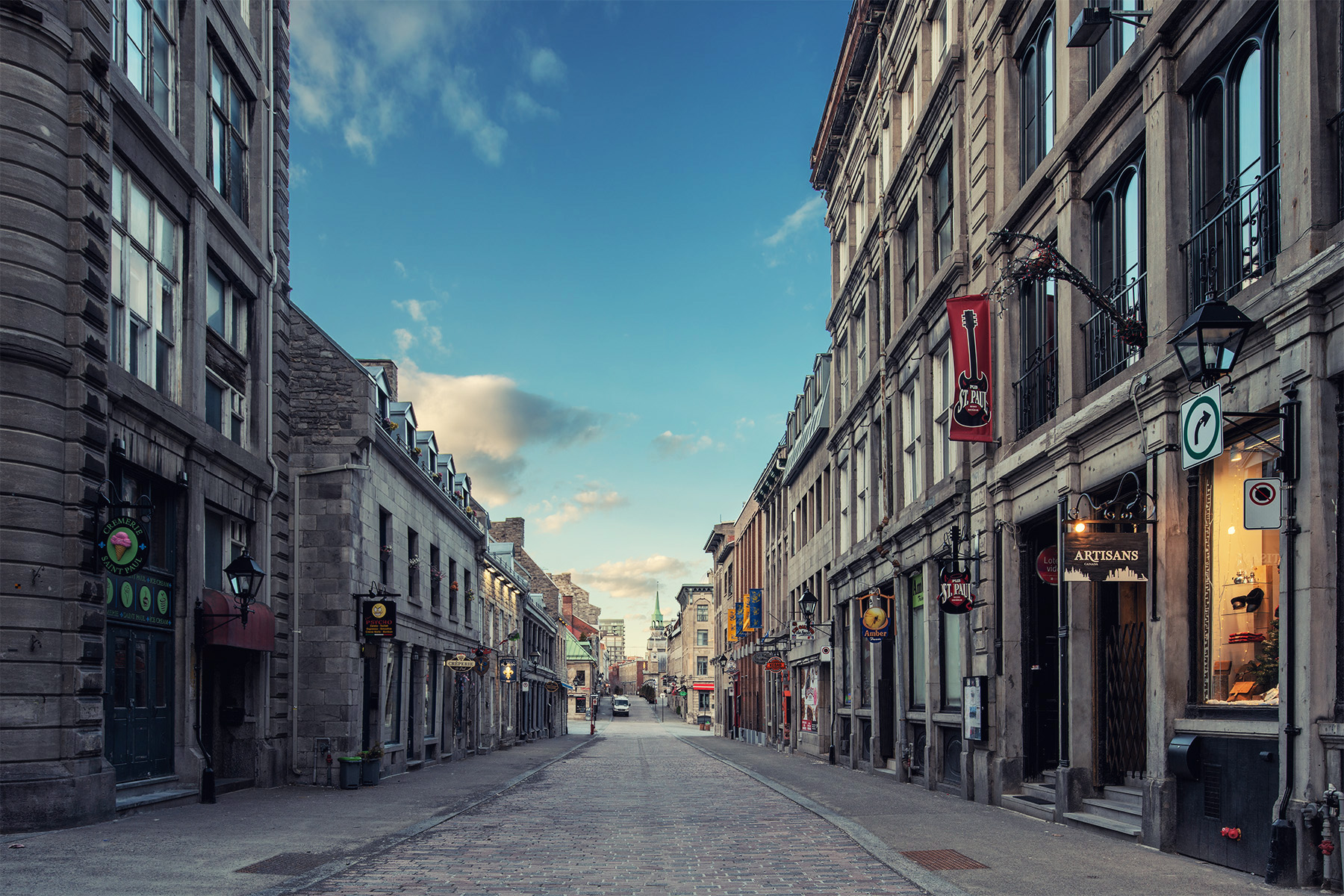 6:56pm – As for Place Jacques Cartier, always busy with tourists and little shops, it was just.. empty. 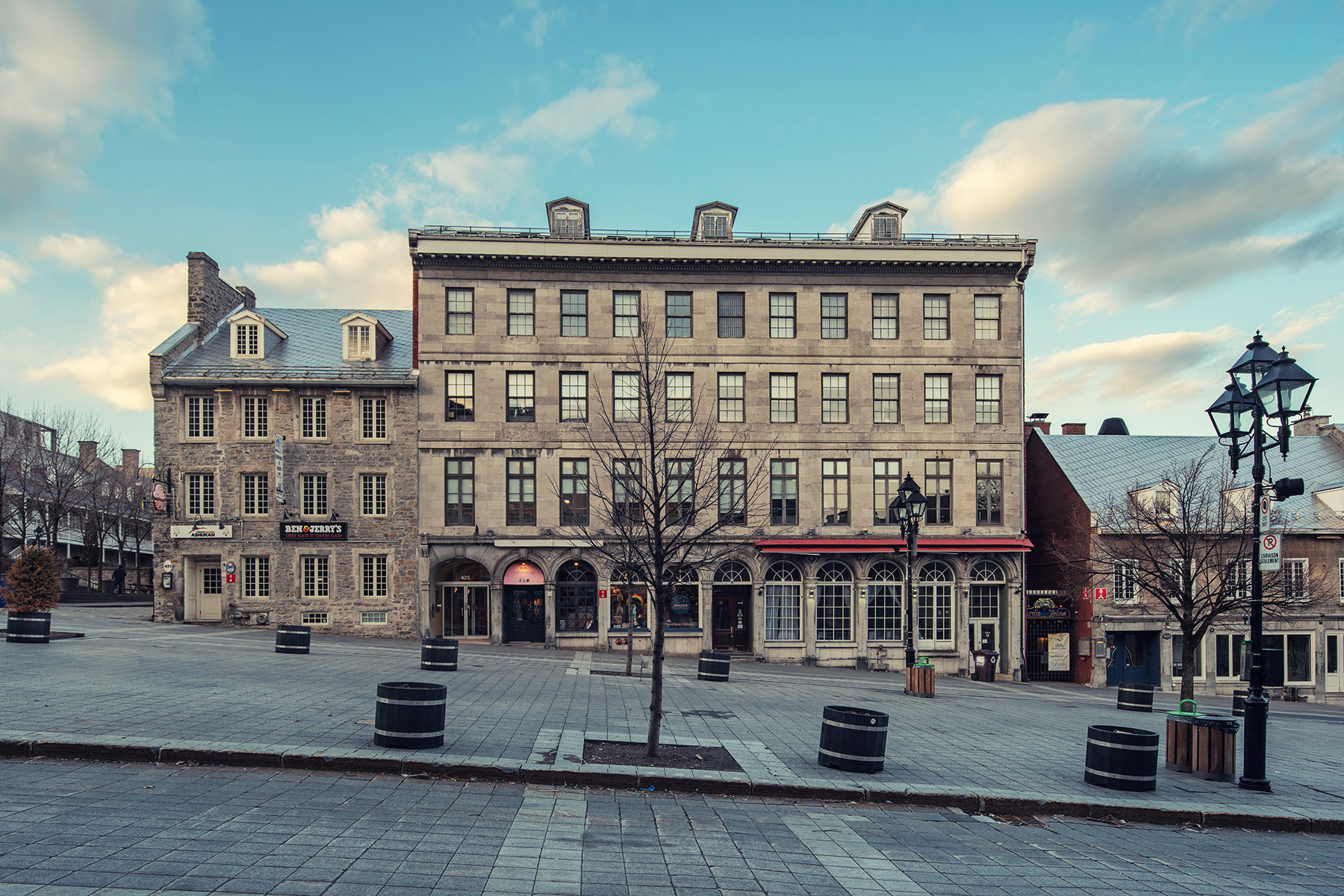 6:59pm – No pedestrians in sight either near Bonsecours Market. 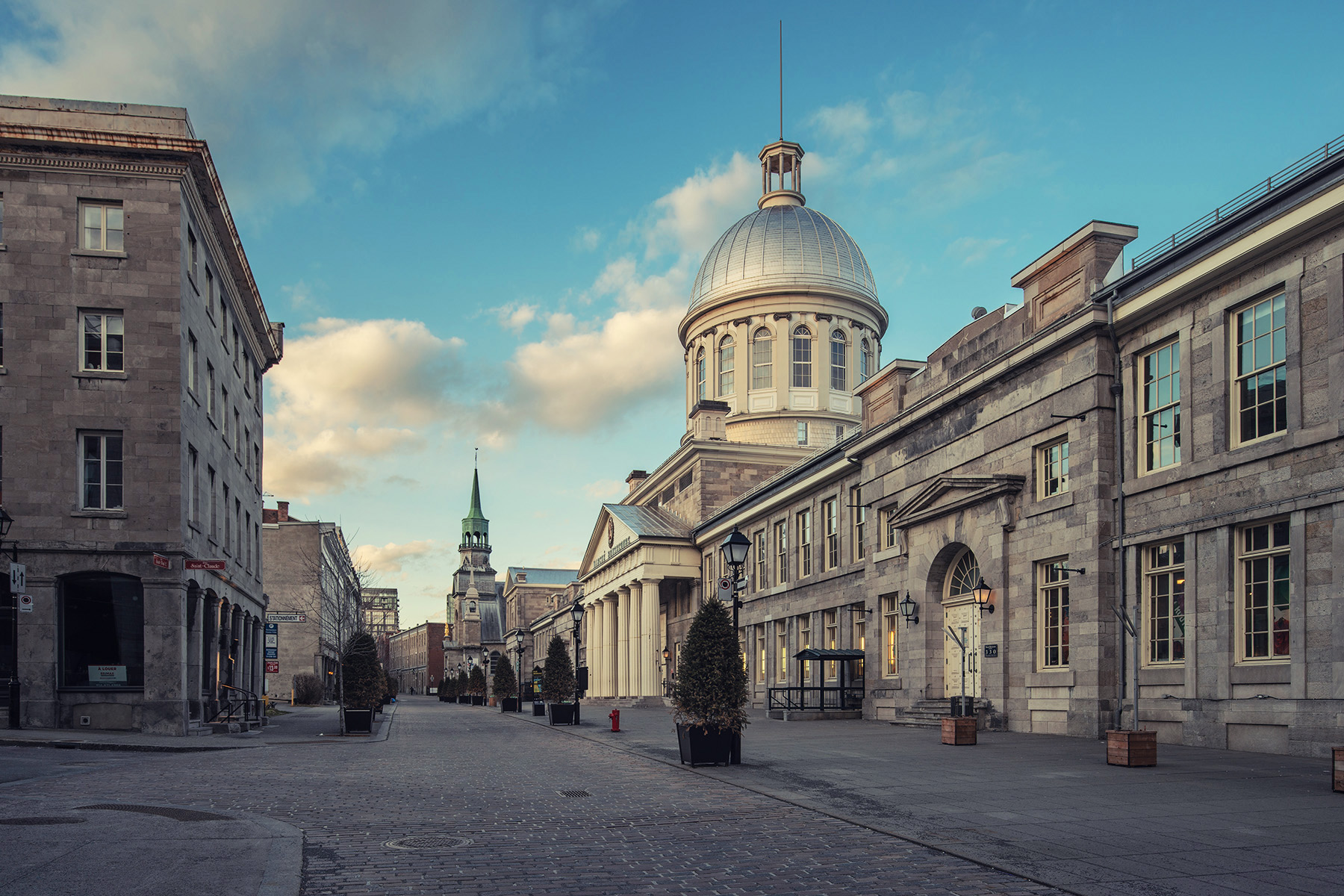 7:00pm – Another parking lot in front of the Bonsecours market was devoid of any cars. 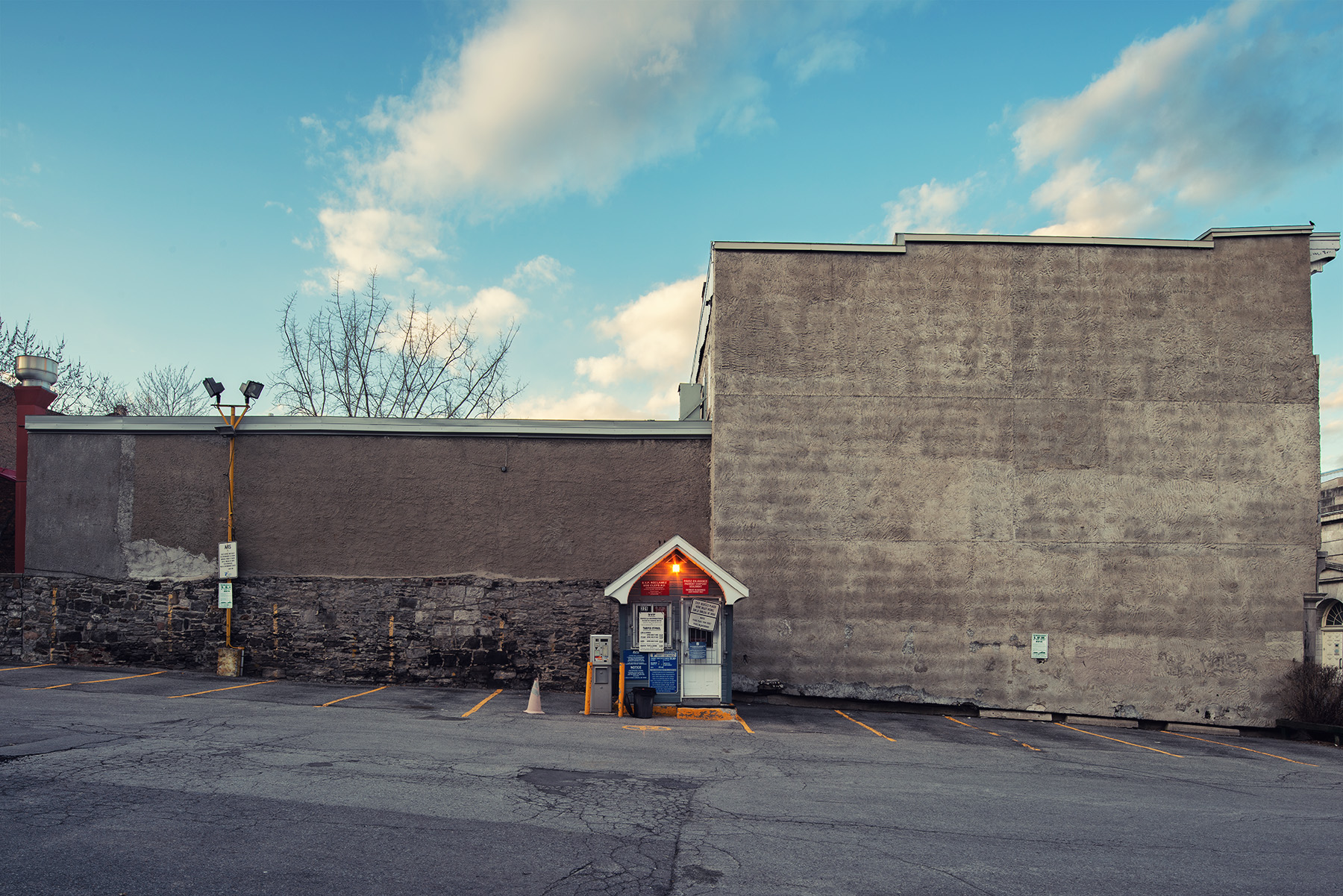 7:20pm – The pink and blue sky was perfect in highlighting the Jacques-Cartier bridge, although no beach goers were present to admire the event.

7:23pm – There was something special about this scene along the shore, so I had to capture it. 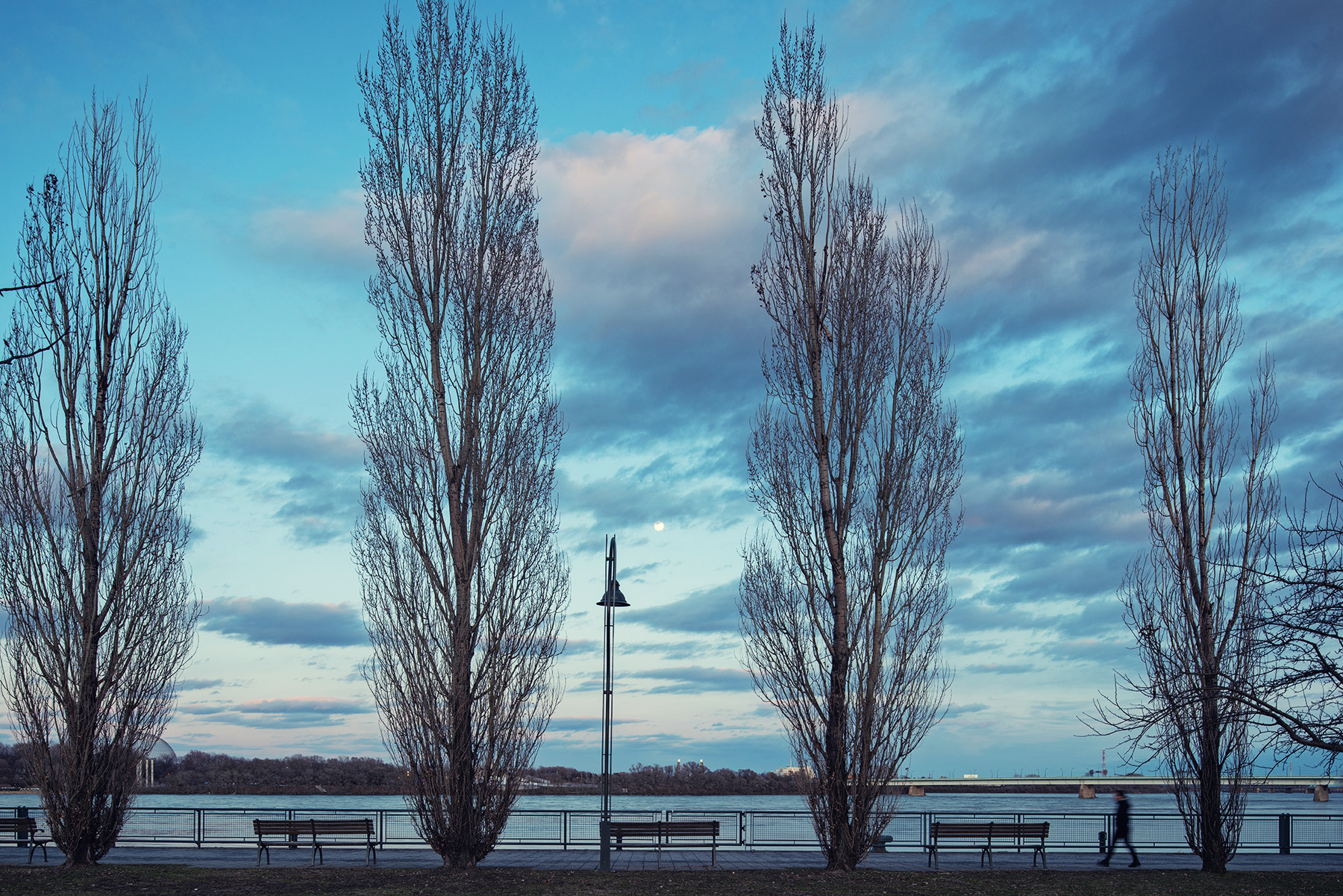 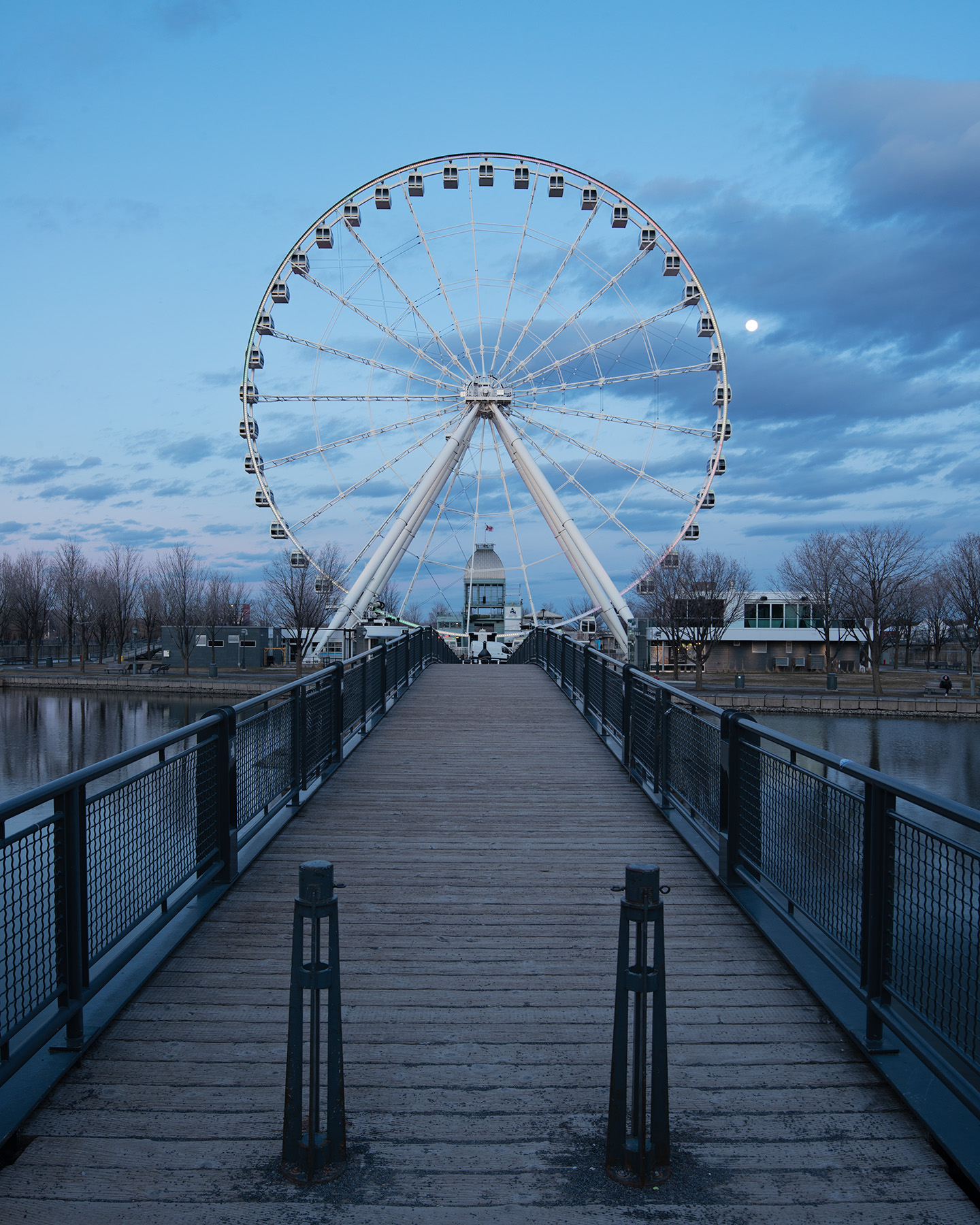 7:35pm – Back on Rue Saint-Paul, only a handful of people were walking in the unusually calm street.

7:42pm – However, the light was perfect to capture this image of Notre Dame Basilica.

7:44pm – The old Bank Of Montreal building was stunning with the #everythingwillbeallright / #cavabienaller rainbow colors illuminating the columns. 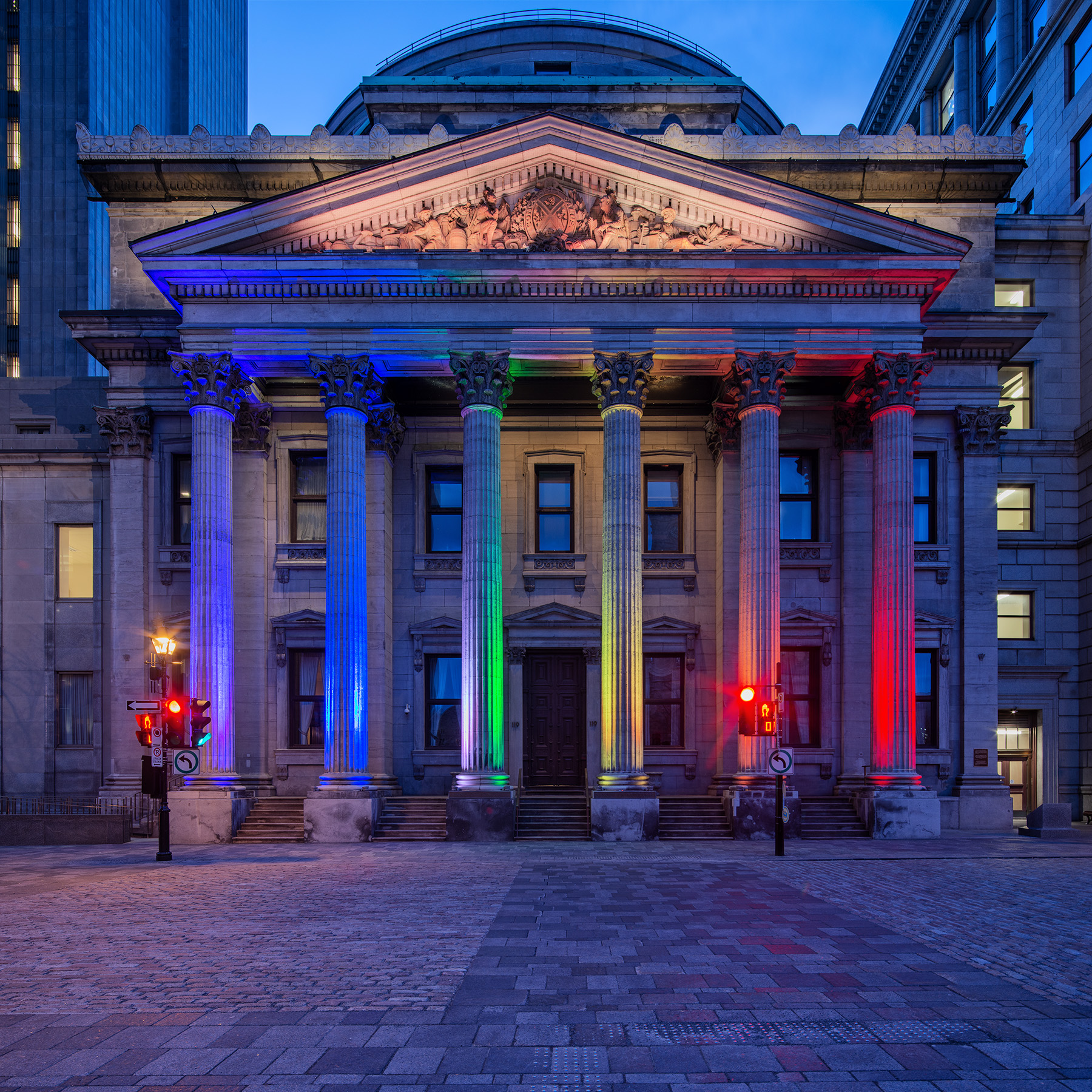 7:47pm – I couldn’t resist capturing this angle of Notre Dame Basilica through the columns of the BMO building. 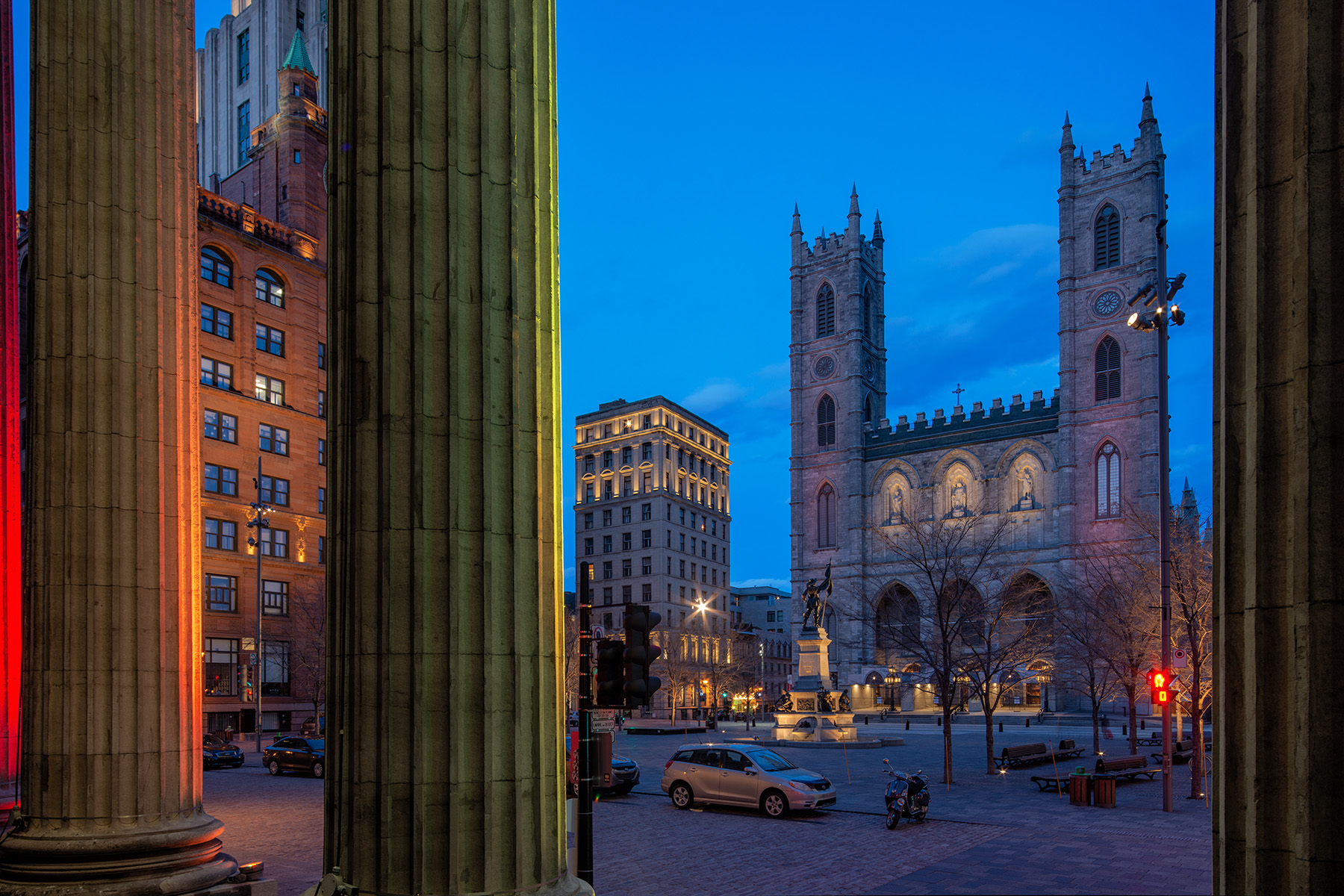 7:49pm – Althought empty, The Hotel Place d’Armes was looking as elegant and chic as usual with the #everythingwillbeallright / #cavabienaller rainbow colors. 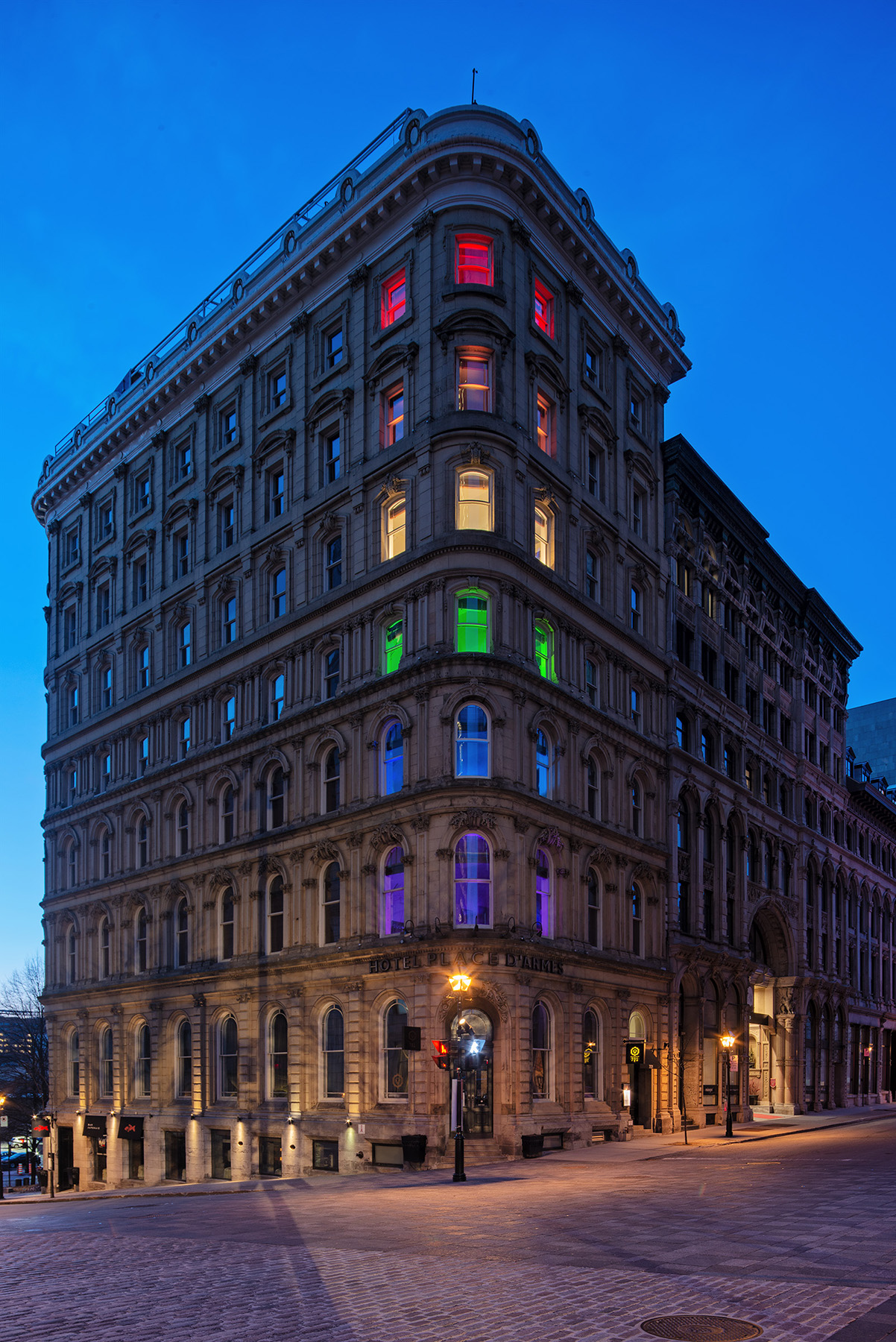 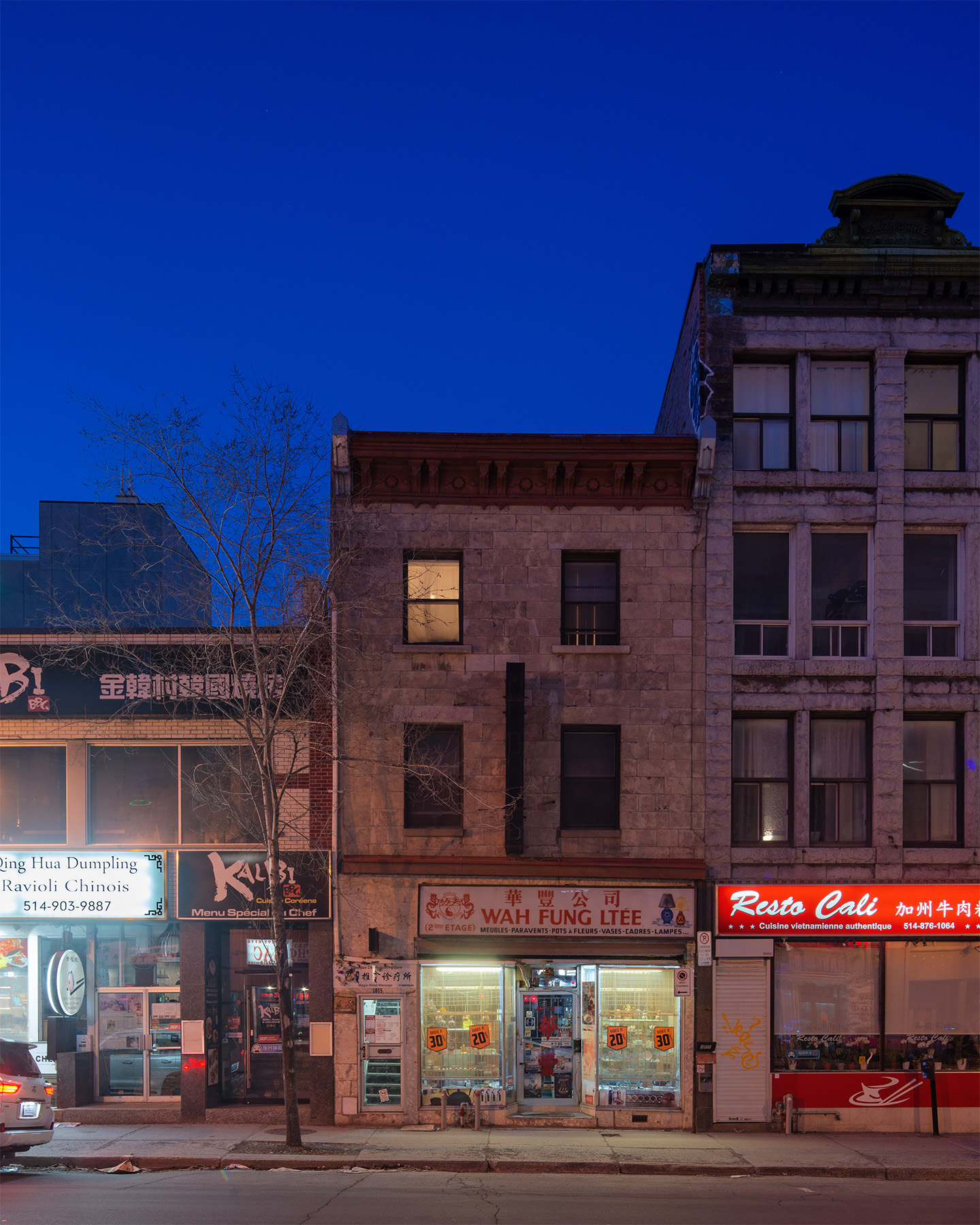 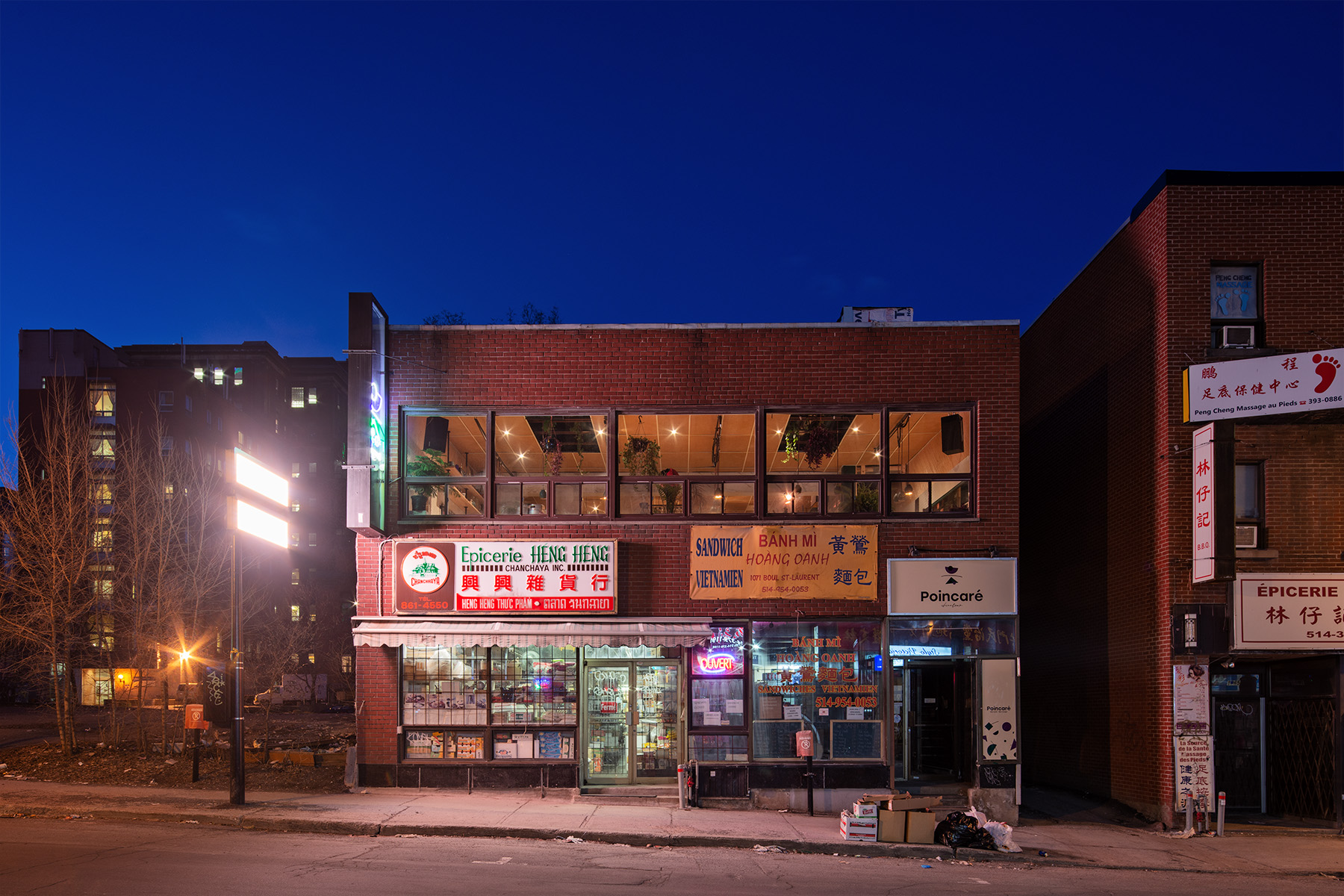