If you haven’t had the chance to check the first two posts about Montreal under confinement, you might be interested in checking out my walk around the Olympic Stadium and in Old Montreal.

This series in downtown Montreal was captured on April 4th 2020. It was my first time in downtown since mid march and although there was some car traffic, what made things feel eerie was that the foot traffic was close to nonexistent, which is definitely unusual for a Saturday night.

18:24 – As I begin my walk, there wasn’t much traffic on Rene Levesque boulevard.

18:36 – Square Phillips has never felt so still, as it’s usually bursting with people at all hours of the day. 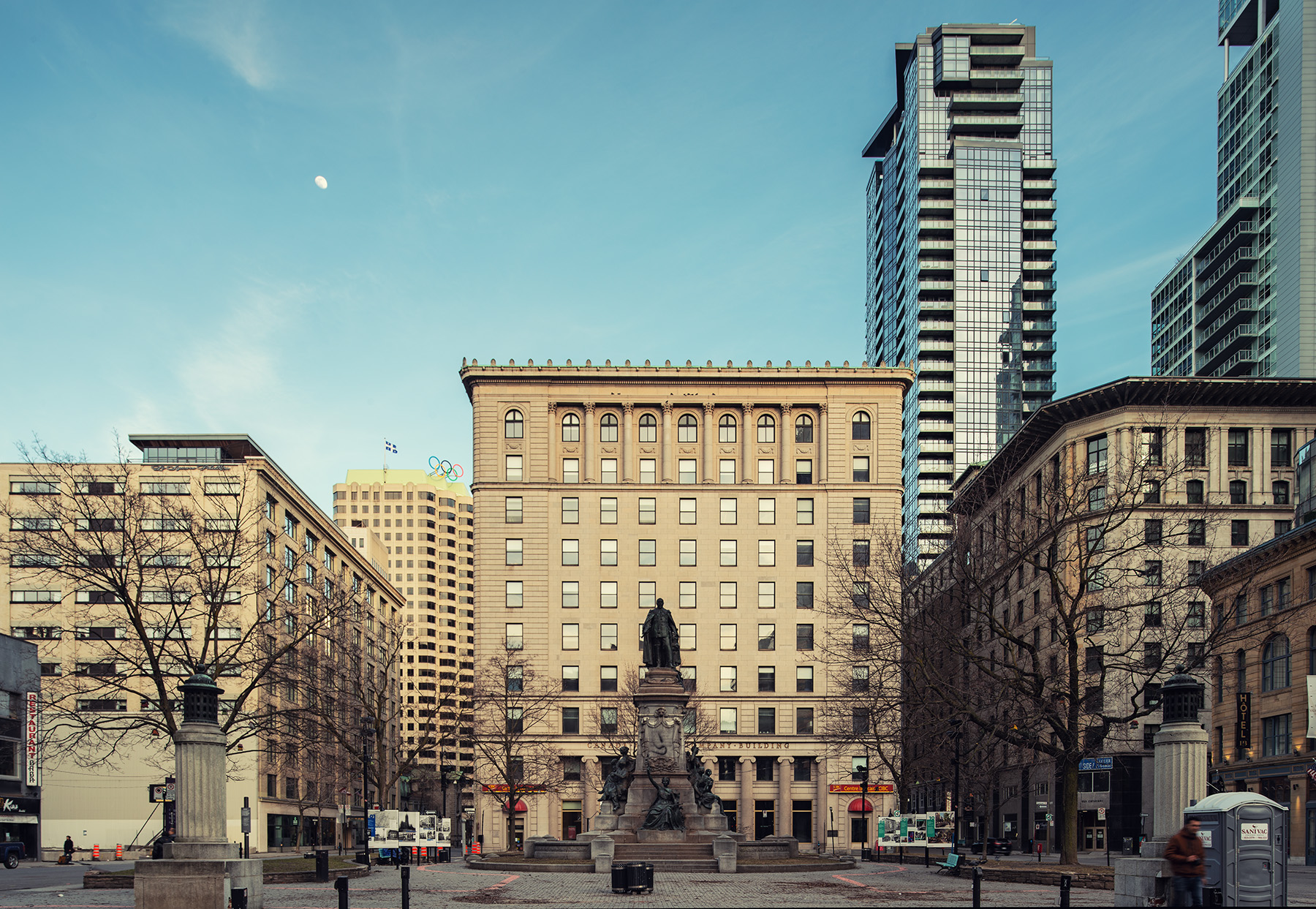 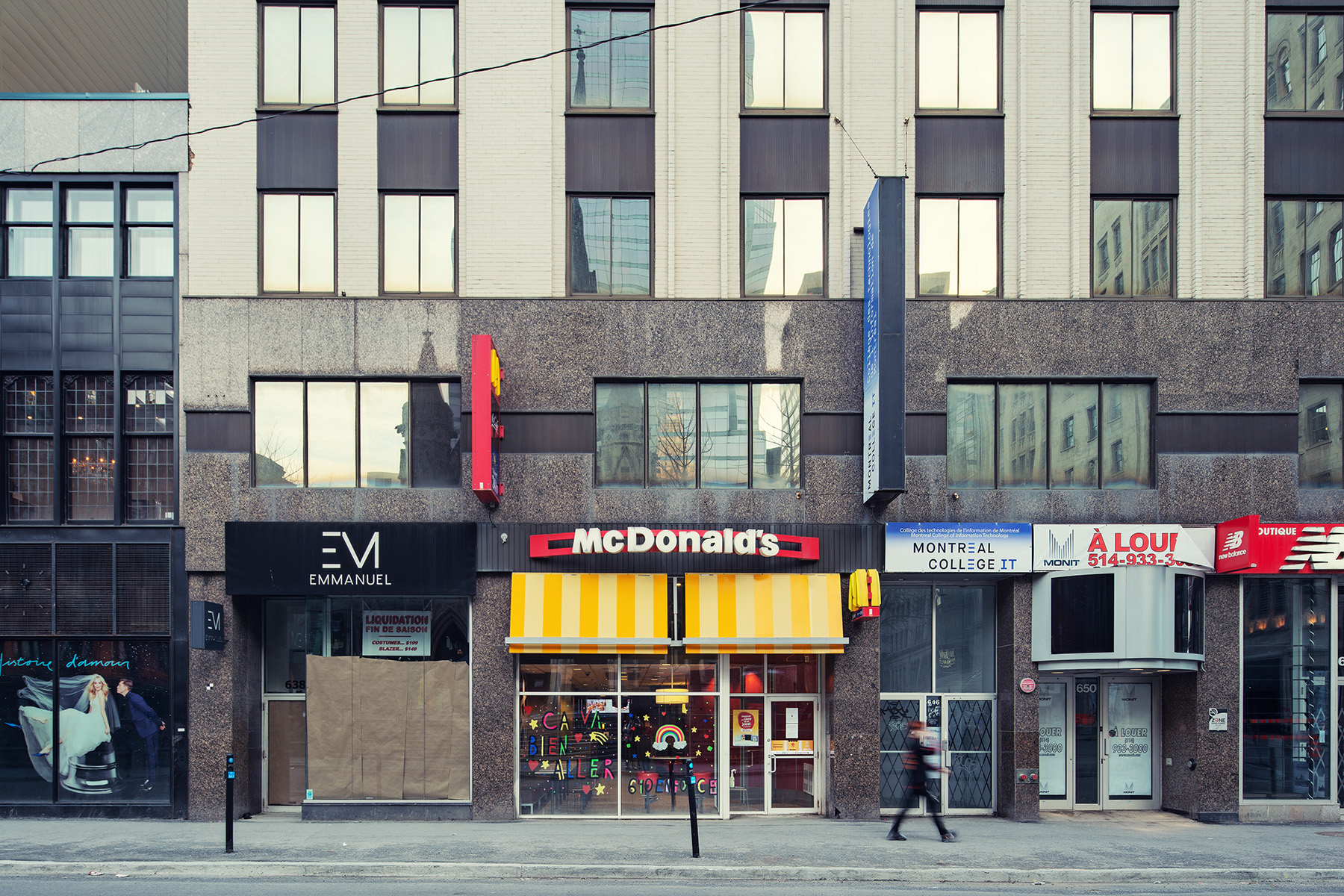 18:41 – All the stores and shops near Eaton Center were closed.

19:00 – Further west on Ste Catherine Street, it’s not different for the Apple Store.

19:10 – Continuing my journey, I headed to Crescent Street. The street is usually the busiest in the whole city with its bars and restaurants. As expected, everything was closed.

19:22 – Heading back east on Ste Catherine Street, I captured the light of setting sun on one of the new skyscrapers being built. 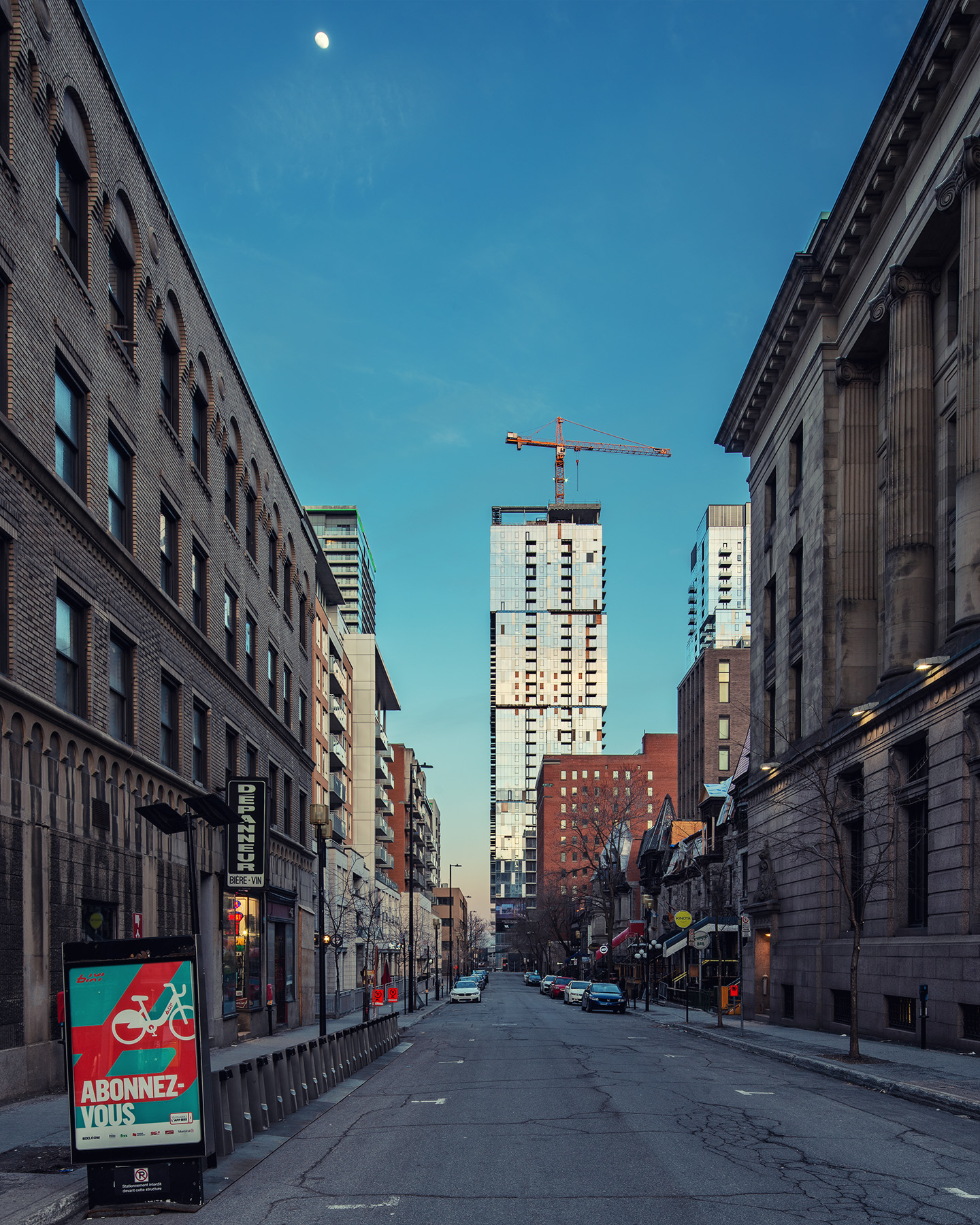 19:25 – The sky was amazingly beautiful with its pink hues. 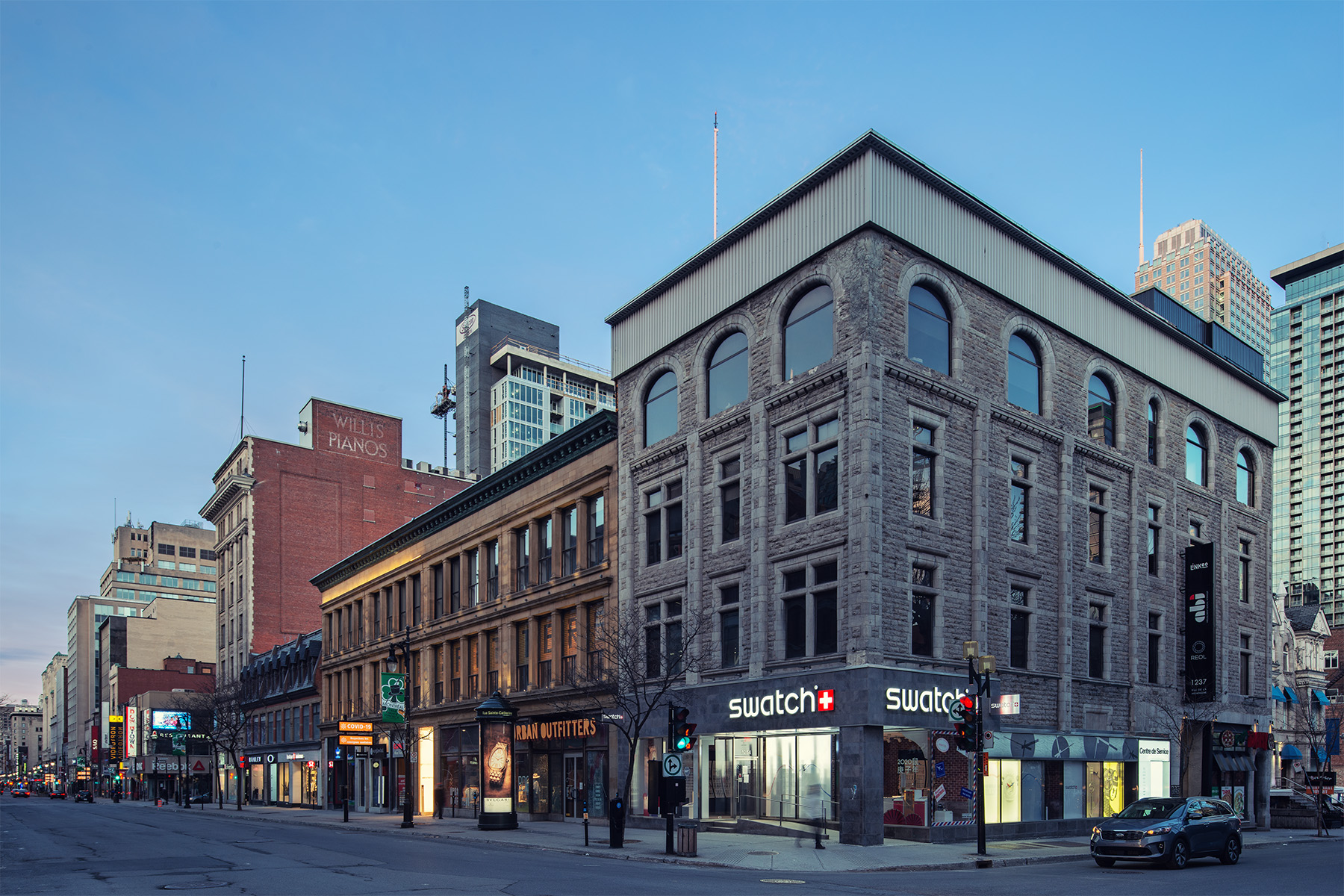 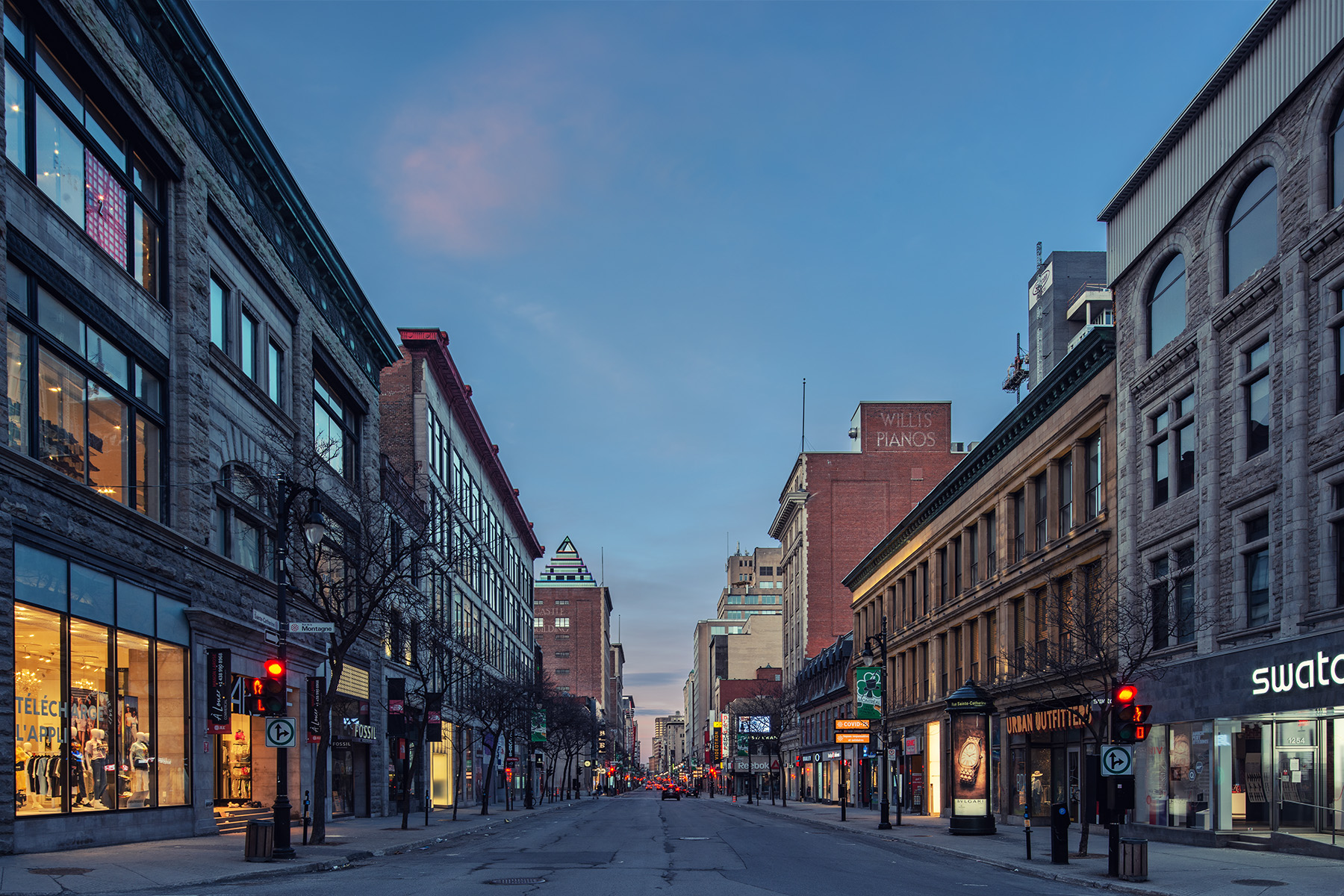 19:28 -Seeing the facade of the Victoria Secret store so well lit, you’d almost expect clients to be shopping yet no one was here. 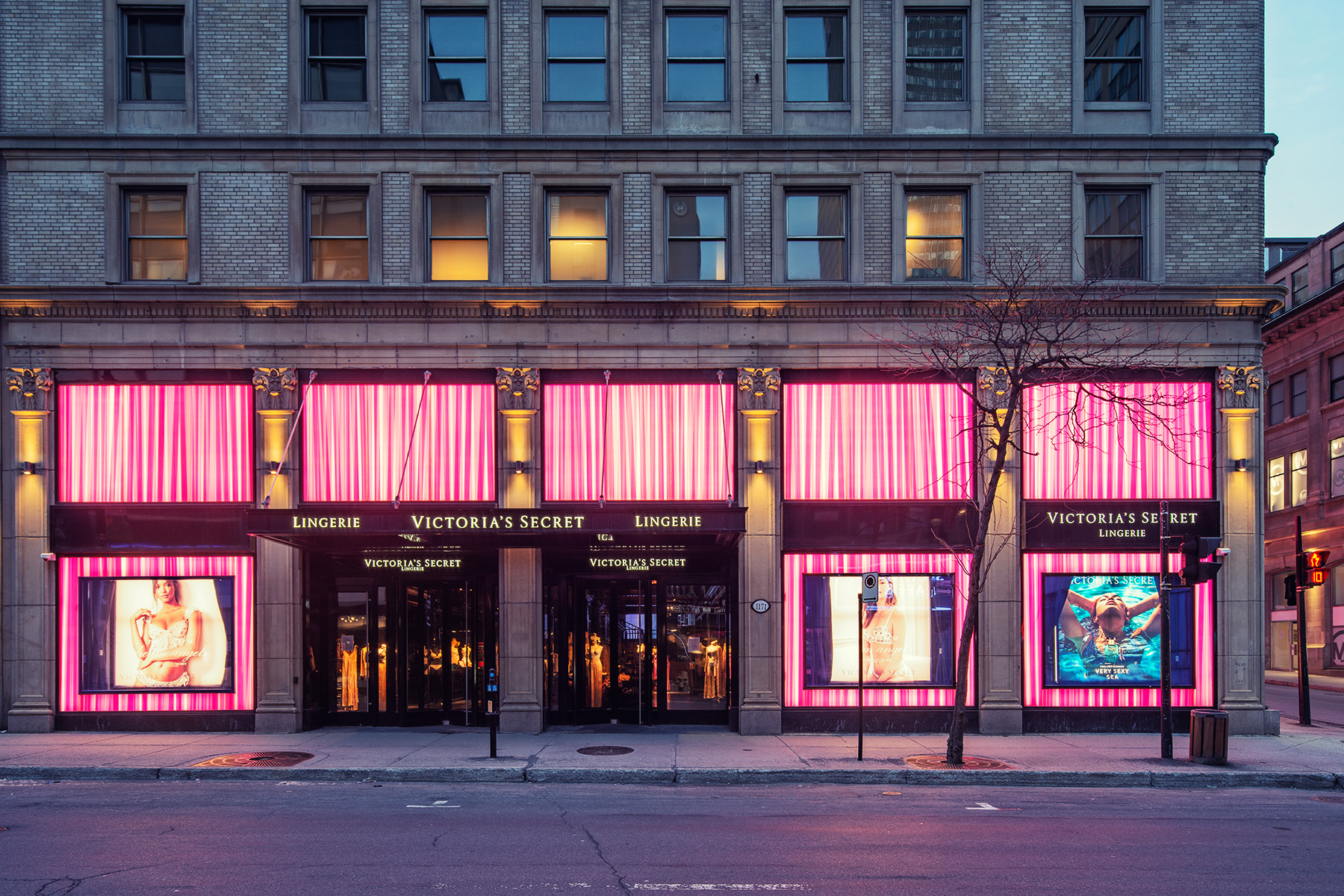 19:30 – This photo pretty much summarizes the context in which this series was taken. 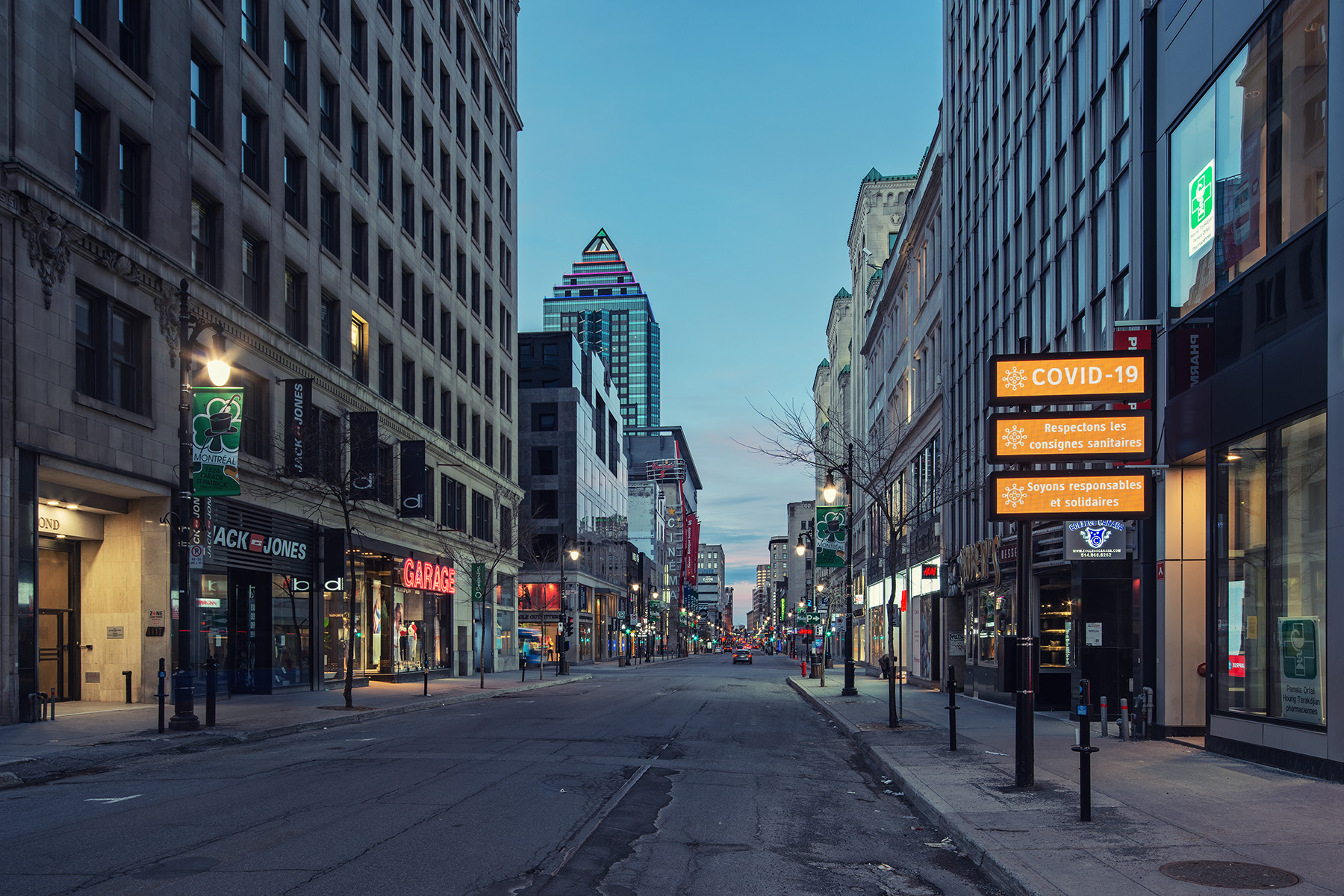 19:34 – Saturday night is always busy at the Scotia Bank Cinema, but not that night. 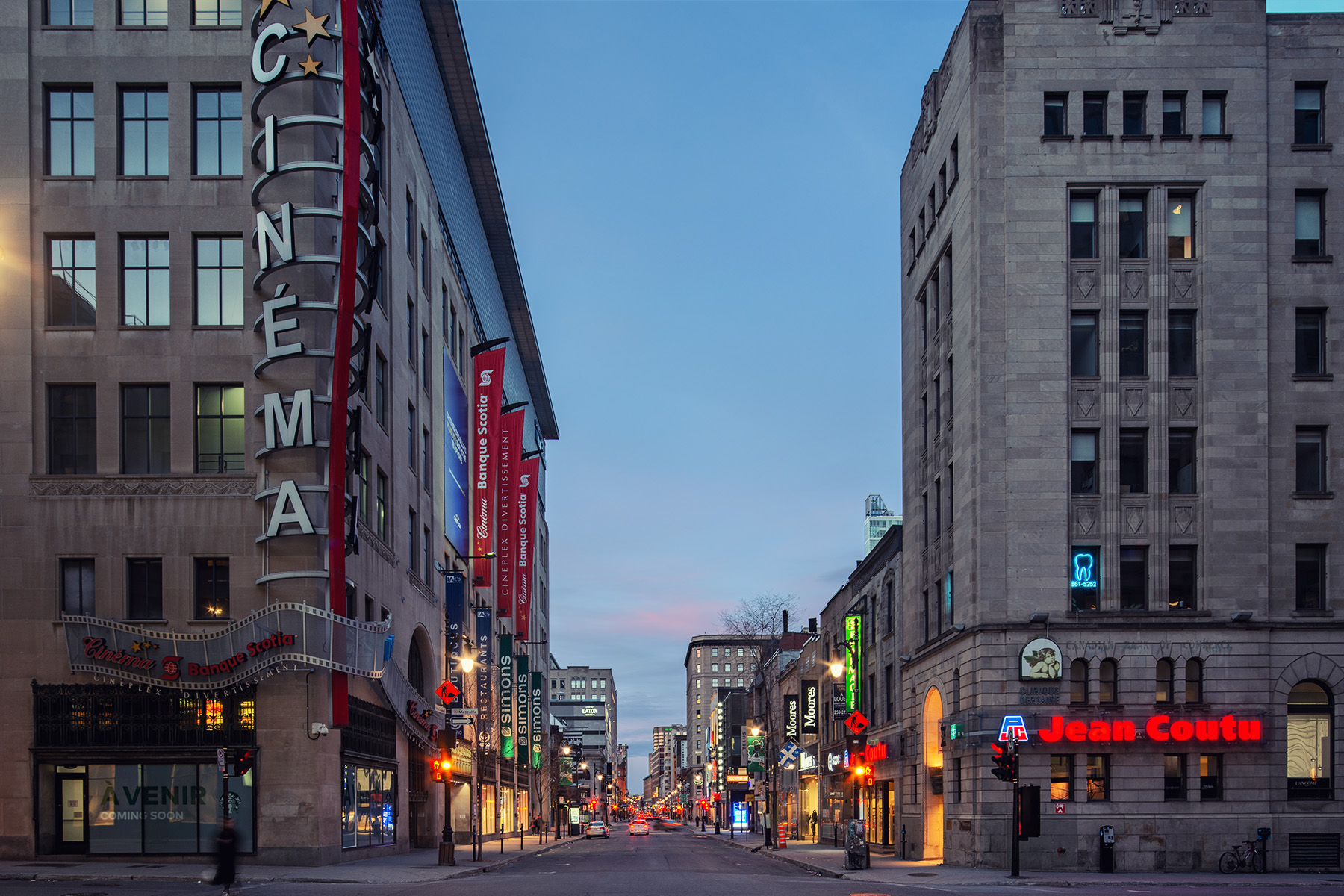 19:35 – With some restaurants having switched their business to deliveries only, I wasn’t that surprised to see that the door was open. 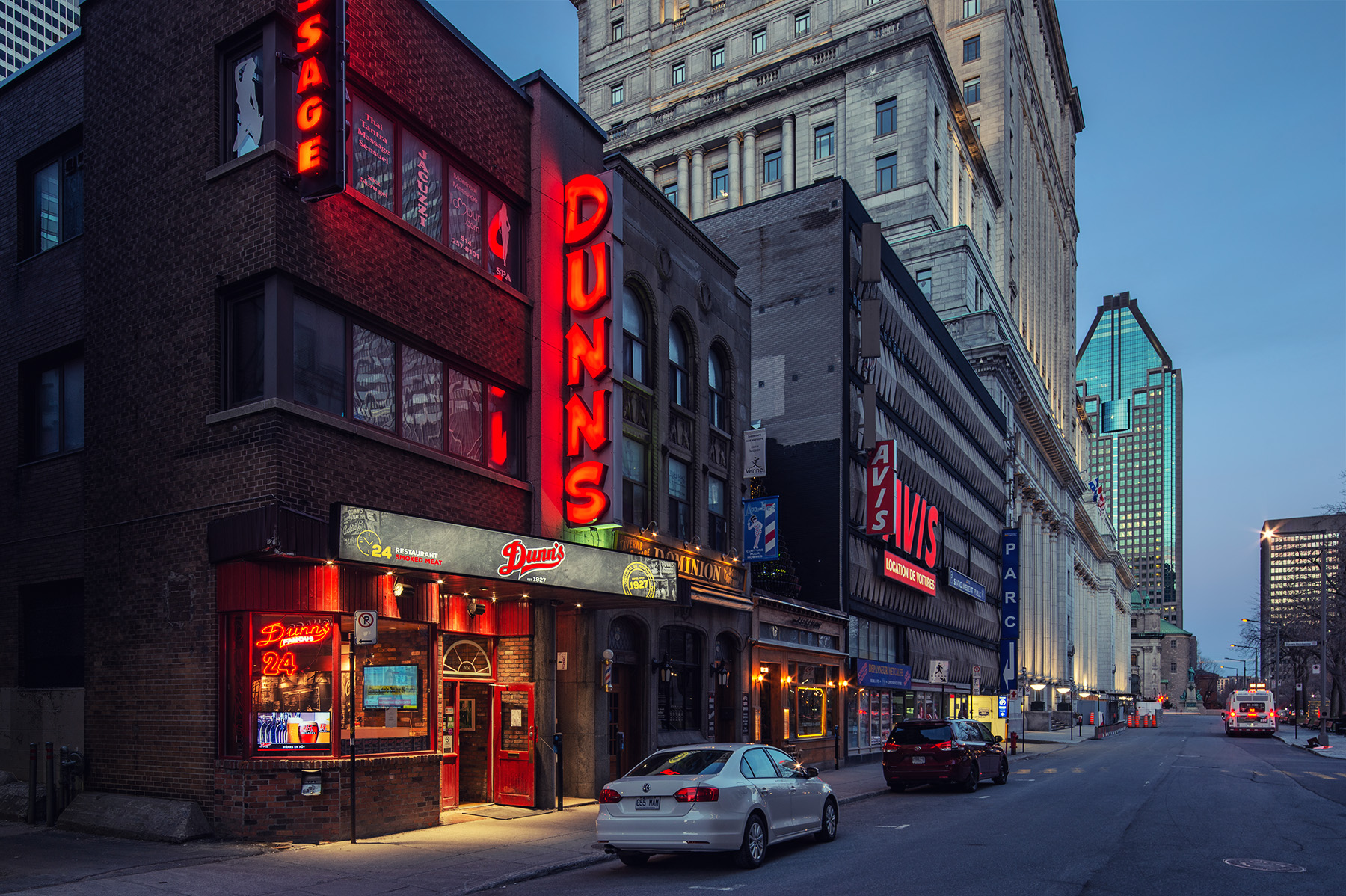 19:41 – Back on René Levesque, a few cars passed by, breaking the monotony. 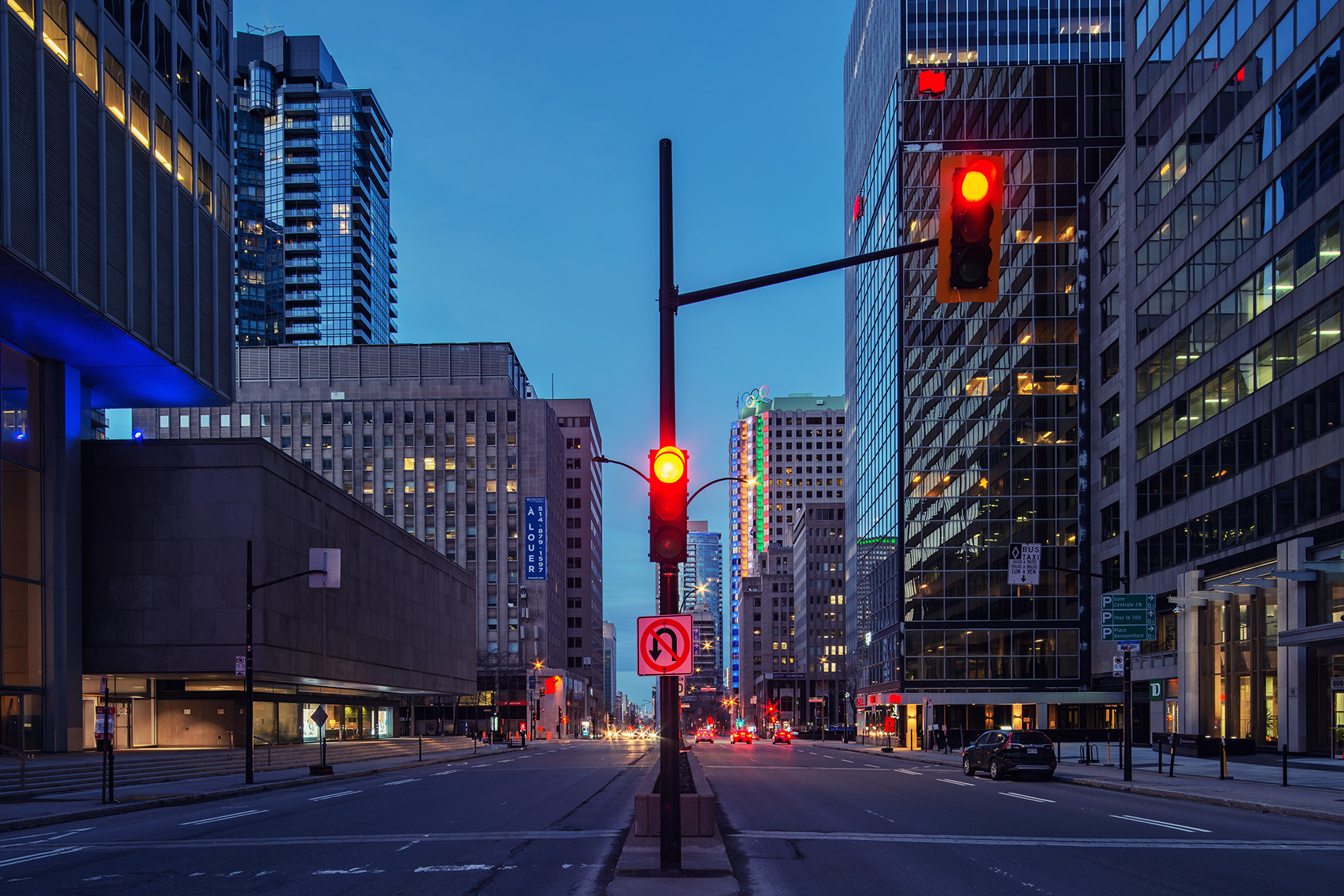 19:48 – Heading back to the metro, I couldn’t resist take this beautiful photo of the Birks Store and Hotel at the blue hour.